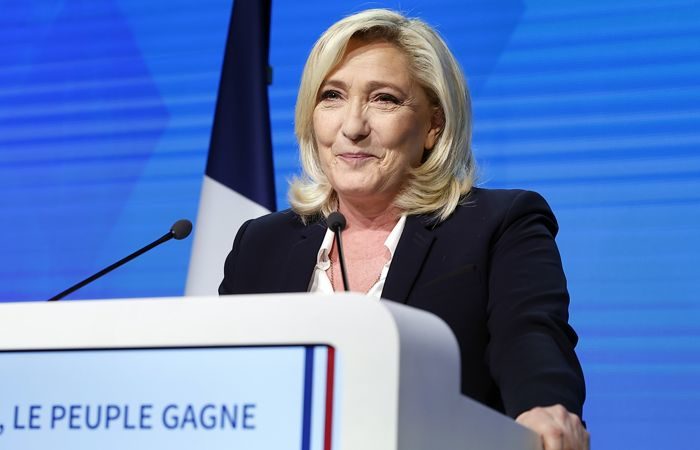 According to the forecasts of political scientist Konstantin Kalachev, in the second round of elections, Le Pen will not receive the leading number of votes, and citizens will vote for the incumbent President Emmanuel Macron.

⠀⠀⠀⠀⠀⠀⠀⠀⠀⠀⠀⠀“It did not take long for the candidates who lost in the elections to decide on their proposals and instructions to voters for voting in the second round. Jean-Luc Mélenchon, who literally breathed Le Pen down the back of his head, gave his activists only one instruction: you should not give your votes to Madame Le Pen. And he got 20%. And besides, socialist Anna Hidalgo urged to vote for Macron. Yannick Jadot and Fabien Roussel were proposed to vote for Macron, ”says Kalachev.

Le Pen was supported by candidate Eric Zemmour, “But this will not benefit anyone,” the political scientist added. Zemmura was repeatedly involved in inciting ethnic hatred, and, in fact, was convicted. Luck saved him from a criminal case. Since then, he has been considered a neo-Nazi. It was these factors that contributed to the strongest anti-rating.

And the second round, according to Kalachev, will become a competition of anti-ratings.According to previously published voting results, the current head of state, Emmanuel Macron, is in the lead. He won 27.84% of the vote, and Marine Le Pen – 23.15%. Third place goes to Jean-Luc Mélenchon with 21.95%. The next round of elections in France will take place on 24 April. The political scientist is assured that politicians will not waste this time, and perhaps many interesting things will happen.