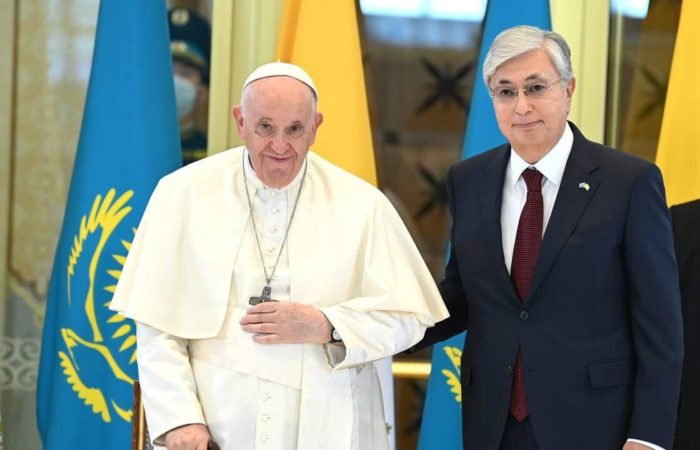 Pope Francis called for the establishment of a universal political dialogue and the revival of the “spirit of Helsinki” to create a more stable and peaceful world. He outlined his position, speaking on Tuesday to representatives of the leadership, civil society and the diplomatic corps in Kazakhstan, where he arrived on an apostolic visit.

“It’s time to learn not to aggravate enmity and stop strengthening opposing blocs. We need leaders who at the international level would promote mutual understanding and dialogue between peoples and the revival of the spirit of Helsinki, the desire to strengthen the multipolar world in order to build a more stable and peaceful world in the care of new generations. This requires understanding, patience and dialogue with everyone. I repeat: with everyone,” the pontiff said.

He expressed the opinion that Kazakhstan, which “represents a crossroads of important geopolitical nodes,” plays an important role in conflict resolution.

On Wednesday, the pontiff will take part in the VII Congress of Leaders of World and Traditional Religions