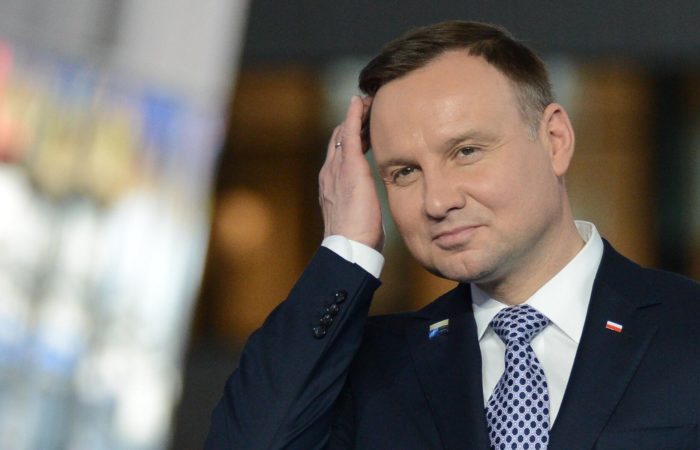 Russia, like Germany, must pay reparations to Poland for World War II, President Andrzej Duda said in an interview with Wprost.

“Germany started World War II and attacked Poland. Russia later joined this war, so I believe that we should demand reparations from Russia as well,” he explained, adding that he sees no reason to prevent this.

At the same time, according to Duda, it is not Warsaw, but Berlin that is to blame for the dispute over reparations from Germany, which Poland is seeking.

“If today someone says that we unnecessarily foment the conflict by demanding reparations, then let them ask the Germans why they started this conflict in 1939,” the head of state stressed.

⠀
In Poland, a few years ago, the question was raised that Germany should pay reparations to the republic for damage during the Second World War. This year, local authorities demanded 6.2 trillion złoty (about $1.3 trillion) from Berlin.

In Germany, in turn, they have repeatedly stated that they do not intend to fulfill Poland’s demands: they believe that they have already paid quite large sums and there are no grounds to question Poland’s refusal of reparations in 1953. At the same time, Polish politicians have repeatedly noted that they hope to receive reparations not only from Germany, but also from Russia. A few years ago, Deputy Head of the Polish Foreign Ministry Pavel Yablonsky declared the country’s unconditional right to Russian payments for damages.

Then the official representative of the Russian Foreign Ministry, Maria Zakharova, urged him to “stop playing ball.”Poland has long accused the Soviet Union, along with Nazi Germany, of starting World War II. In Russia, this approach has been repeatedly called an attempt to distort history.