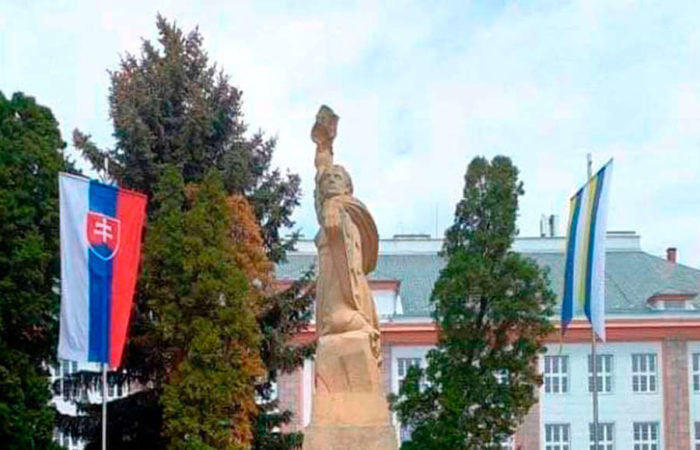 The desecration of a monument to Soviet soldiers-liberators in the city of Piešťany in western Slovakia is an act of extremism, not an expression of solidarity with Ukraine. This was announced on Saturday by the Attorney General of the Republic Maros Zhilinka.

“This is not [an expression of] solidarity [with Ukraine], but a manifestation of extremism,” he stressed. “The Liberation Monument dominates the square of the [anti-Hitler] Slovak National Uprising. It commemorates the soldiers of the Soviet army who fell during the liberation of Piešťany.”

⠀
Zhilinka sharply condemned the actions of an unknown vandal who desecrated the monument. According to the head of the department, this heinous act should not be limited only to moral censure, it falls under the criminal article on extremism.

⠀
On Friday, the Russian embassy in Slovakia informed about the desecration of the monument to Soviet soldiers-liberators in Piestany. Diplomats demanded that the monument be restored to its original form and that those responsible be punished.