The Serbian authorities rejected the plan of Germany and France on Kosovo. 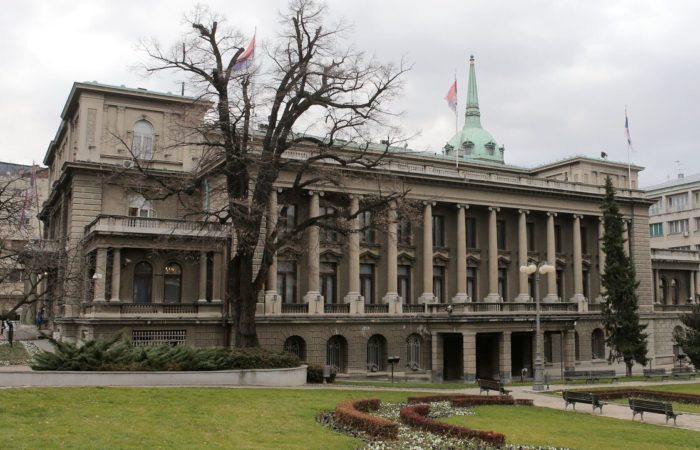 The Serbian authorities rejected the draft settlement in Kosovo and Metohija, proposed earlier by the leadership of Germany and France, which implies the membership of the self-proclaimed republic in the UN without formal recognition by Belgrade, Foreign Minister Ivica Dacic said in an interview.

“It contains the starting point that the independence of Kosovo is already a settled issue, but we do not accept this,” Dacic said.

“The conclusion of the National Security Council – this proposal is unacceptable for us and we all voted “for” this conclusion … And whether you want to recognize or not in a formal sense, but agree that Kosovo will become a member of the UN, it is very difficult for us “, – stressed the head of the Serbian Foreign Ministry.

Representatives of the Kosovo Serbs on Saturday decided to withdraw from the parliament, government, courts and police of the self-proclaimed republic. In North Kosovska Mitrovica, a rally-assembly of Kosovo Serbs is scheduled for Sunday afternoon, the city has been decorated with Serbian flags since Friday night.

Representatives of the Kosovo Serbs – the party “Serbian List” were outraged by the decision of Pristina to remove the head of the Serbian police in the north of the region from his post. The head of the regional directorate “North” of the self-proclaimed Kosovo, Nenad Djuric, had previously refused to issue written warnings to local Serbs for car numbers issued by the Serbian authorities and was removed from his post by a decision of Pristina.

⠀
The Kosovo Albanian authorities require local Serbs to re-register all cars with license plates issued by the Serbian authorities with the letters “KM” to numbers with Kosovo RKS symbols, from November 21 they plan to write out fines from 150 euros to “violators”.