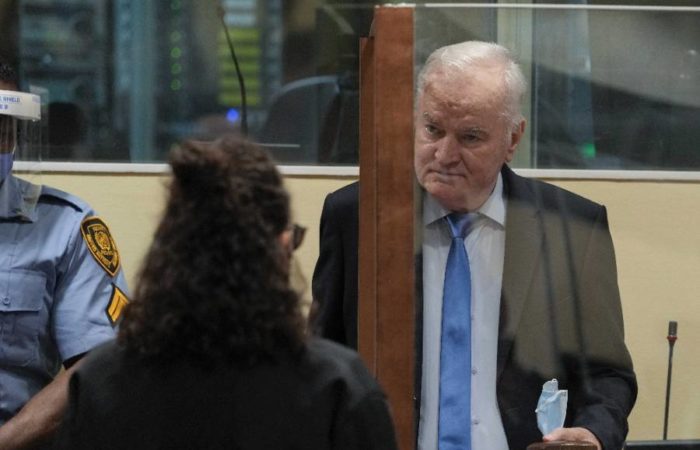 The health of the former commander of the Bosnian Serb army, General Ratko Mladic, has deteriorated sharply in prison in The Hague, and there is practically no information about treatment. This was told by his son Darko Mladic.

Judges of the Appeals Chamber of the International Mechanism for Criminal Tribunals (IMUT) in June 2021 upheld a life sentence for the now 80-year-old General Mladic on 10 of 11 counts of war crimes, including the Srebrenica genocide in July 1995. The authorities of Serbia and the Republic of Serbian Bosnia and Herzegovina expressed their disagreement with the verdict.

“His health has deteriorated. Recently, this has been especially noticeable. He is so weak that he is not able to walk 30-40 meters on foot and needs help for the most ordinary things. As for the treatment he receives there, we do not have accurate information about what and how he is being treated. He says that they measure his sugar level and pressure, officially we receive only generalized formulations, for example, his condition is stable, he participates in the conversation,” Mladic Jr. said.