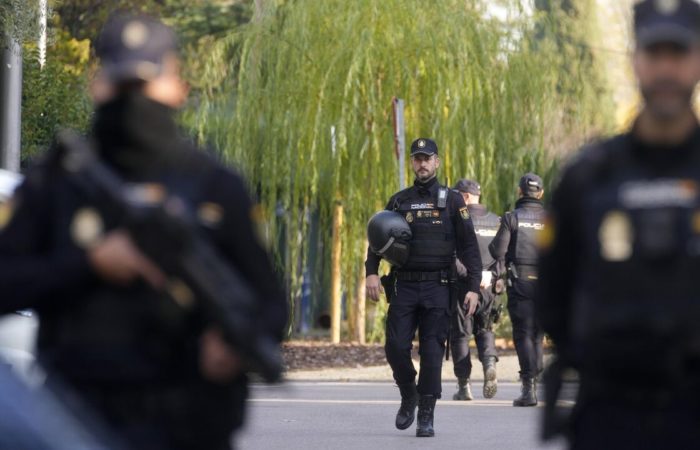 Spanish police have determined that six packages of explosives were sent from the city of Valladolid, located in the north of the country, a source close to the investigation told.

However, so far, according to him, the sender has not been identified.

⠀
Parcels with explosives were sent to the Ukrainian Embassy in Madrid, the Instalaza arms company, the Ministry of Defense of the Kingdom and the Torrejon de Ardoz air base.
Also, on November 24, Spanish police intercepted an envelope, presumably containing a “pyrotechnic substance”, which was addressed to Spanish Prime Minister Pedro Sanchez. Later it became known that another parcel was defused at the US Embassy in Madrid.