The Turkish military shelled the positions of the Kurds in Syria. 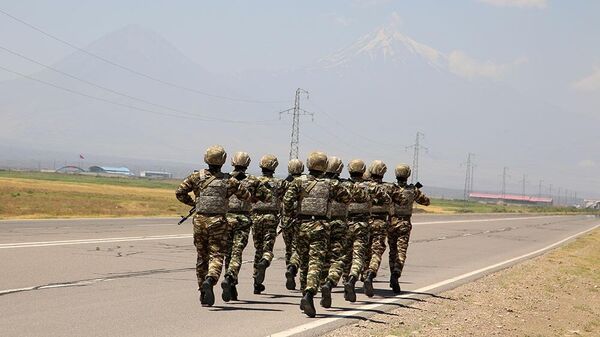 “The Turkish Armed Forces fired artillery and with the help of aircraft at the positions of the SDF in the area of ​​​​the border towns of Amuda, Qahtania, Kamyshly, there is information about the wounded,” the channel reports.

⠀
It is also indicated that an oil facility in the vicinity of the city of Qahtania was shelled by Turkey.

“As a result of the shelling, significant damage was caused to a number of facilities used by the SDF as headquarters. The flame rose over one of the oil fields in the Qakhtania region,” the channel notes.

⠀
The Turkish Air Force also launched an airstrike on the Jirkin prison in the Qamishli region, where Islamic State militants are being held.

Turkish President Tayyip Erdogan said on Wednesday that Turkish military operations in northern Syria and Iraq are “just the beginning“, Ankara is determined to secure the borders.

Turkey on Sunday conducted an air operation against the Syrian wing of the banned Kurdistan Workers’ Party (PKK) in northern Syria – strikes were reported on the city of Kobani, as well as in northern Iraq. Erdogan called the operation a success and did not rule out that it would be followed by a ground one. Turkish Defense Minister Hulusi Akar on Tuesday night announced the elimination of 184 militants in two days of the Claw-Sword operation in Syria and Iraq.

⠀
The presence of Turkish forces in the border area of ​​Syria, which carry out operations there against Kurdish formations, Damascus has repeatedly called illegal and called on Ankara to withdraw its troops. With the support of the US military, the Syrian Democratic Forces (SDF), which is based on the YPG self-defense units, control most of the Syrian provinces of Al-Hasakah and Raqqa, as well as some settlements in the provinces of Aleppo and Deir ez-Zor. In particular, most of the quarters in the cities of Al-Hasakah and Qamishli are under their control. Official Damascus does not recognize an autonomous administration in northeastern Syria.