The Turkish Ministry of Defense announced the neutralization of 12 PKK militants. 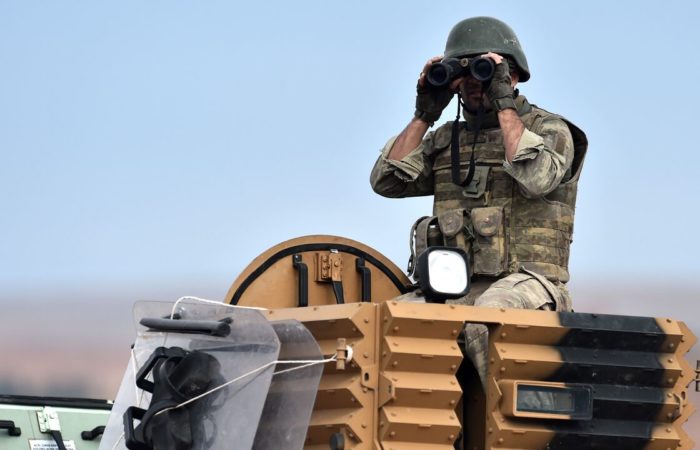 The Turkish Ministry of National Defense announced the neutralization of 12 militants of the banned Kurdistan Workers’ Party (PKK) in northern Syria.

“The fight against terrorism of our heroic Turkish armed forces continues with determination day and night. In the regions of operations Olive Branch and Spring of Peace, 12 PKK/YPG terrorists who tried to carry out an attack with the aim of disturbing peace and security were neutralized,” the Turkish military department on Twitter.

⠀
The armed conflict with the Kurdistan Workers’ Party began in Turkey in 1984 and resumed in 2015. In northern Iraq, there are PKK bases against which the Turkish Armed Forces conduct air and ground operations. The presence of the Turkish military in the Zlikan camp northeast of Mosul has long been a source of controversy between Baghdad and Ankara, which justifies the presence as a need to fight the banned PKK in Turkey.