The UAE takes a seat at the UNESCO table 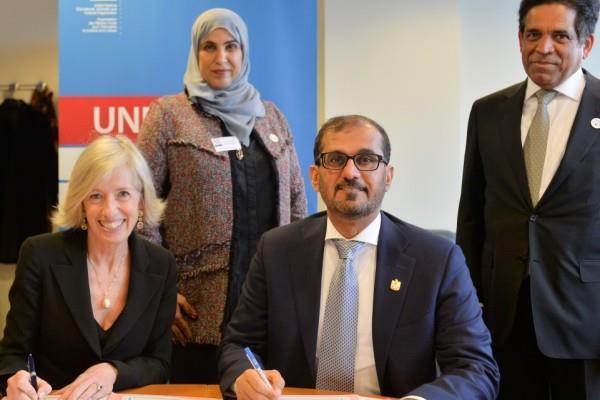 The United Arab Emirates was awarded a seat on UNESCO’s Intergovernmental Committee for the Protection and Promotion of the Diversity of Cultural Expressions this week.

For the UAE, taking a seat in such a respectable organization recognised the cohesive and distinctive nature of society in the country. In cultural terms, the UAE is home to 200 different nationalities that live peacefully alongside each other and.

“The UAE’s nomination to the intergovernmental committee is a recognition of the important role it plays in protecting and promoting cultural diversity, which is a fundamental pillar of the UAE’s vision for economic growth and sustainable development.”

There is, perhaps, no better illustration of upholding diversity than the under-construction Abrahamic House, which – in recognition of Islam, Christianity and Judaism – will house a mosque, a church and a synagogue. Exemplifying such interfaith harmony can have a positive effect on society. The very concept sends to citizens and residents the powerful message of inclusivity.

There are other examples, and not just in the country. The UAE’s contribution to Mosul, in support of UNESCO’s work to rebuild historic treasures in Iraq – among them, the 800-year-old Al Nuri Mosque, which was destroyed by ISIS – shows the country’s commitment to upholding values that extend beyond its own borders. The reconstruction of Al Tahira Church is also being funded by the UAE.

Beyond the all-important legal framework, other acts are frequently seen in the country – whether it is monuments being lit up in support of a cause or in solidarity with people of other nations, or it is the leadership sending good wishes to diverse communities on their festivals – the path that the UAE has made for itself in embracing diversity and expressing tolerance, is an achievement that can be emulated by others.