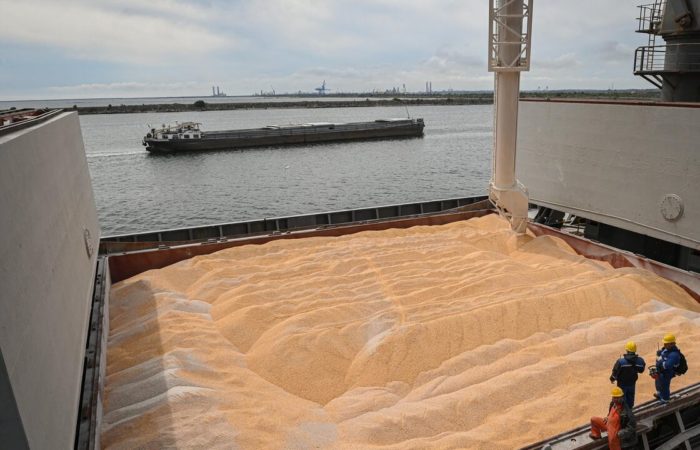 The second ship with 30 thousand tons of grain under the Grain from Ukraine program (“Grain from Ukraine”) was sent to Ethiopia, the Ministry of Infrastructure of Ukraine reported on Sunday.

“The process of loading and dispatching the vessel BC Callisto. It has 30,000 tons of wheat for Ethiopia on board. This is the second ship sent as part of the Grain from Ukraine program launched by President Volodymyr Zelensky in partnership with the UN World Food Program (WFP),” the statement said.

⠀
Earlier on Sunday, the first ship arrived from Ukraine to Ethiopia under the above program, it delivered 25,000 tons of grain.

⠀
At the International Food Security Summit, Volodymyr Zelenskyy announced that Ukraine, within the framework of the Grain From Ukraine program, plans to send at least 60 ships from ports by the end of next spring, at least ten per month, to countries that are at risk of famine and drought: Ethiopia, Sudan, South Sudan, Somalia, Yemen, Congo, Kenya, Nigeria. Thus, he intends to seize the initiative from the leadership of the Russian Federation, although it is known from the practice of previous shipments that the poorest countries received only 3% of all grain sent from Ukraine.