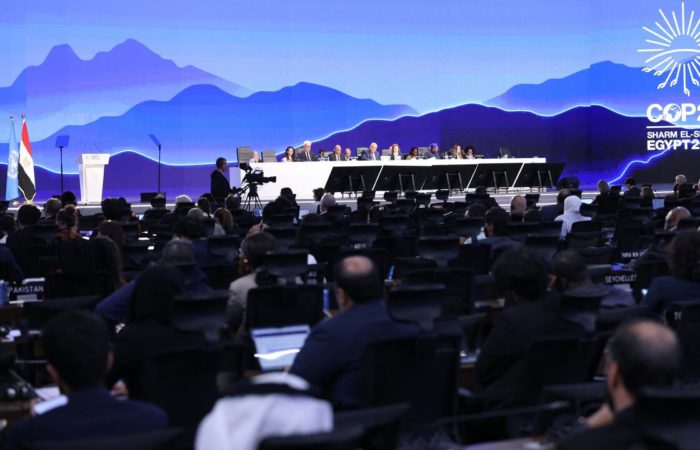 The UN Climate Change Conference (COP27) in Egyptian Sharm el-Sheikh ended on Sunday two days later than planned, the parties agreed to create a compensation fund for the poorest countries.

COP27 – the central event of the climate policy of the world this year – opened in the Egyptian resort of Sharm el-Sheikh on November 6 and was supposed to end on Friday. However, due to disagreements between the delegations, the conference was extended, the negotiations went on at night, and the final plenary session started at 4.00 local time and lasted more than five hours.

“We have heard the calls and responded. Today in Sharm el-Sheikh, we created the first-ever “loss and damage” fund that has been brewing for so long. It is very appropriate that the fund is based on this conference in Africa. Millions of people around the world are now will feel a glimmer of hope that a way will be quickly found to end their suffering,” Egyptian Foreign Minister and COP27 President Sameh Shukri said at the closing plenary session.

⠀
The issue of “loss and damage” – the payment of compensation by developed countries to the poorest countries most affected by the climate crisis, who made the least contribution to the crisis – was first put on the agenda of UN climate conferences and became central at COP27.

⠀
A number of countries have promised to provide funding for the fund, including Austria, Belgium, Denmark, Canada, New Zealand, France, Germany, and Scotland, according to a press release from the Egyptian side.

“The Paris Agreement continues to operate without derogation from its goals, all commitments are reaffirmed and strengthened, despite the global headwind. The goal of a warming level of 1.5 degrees remains on the horizon,” the release says.