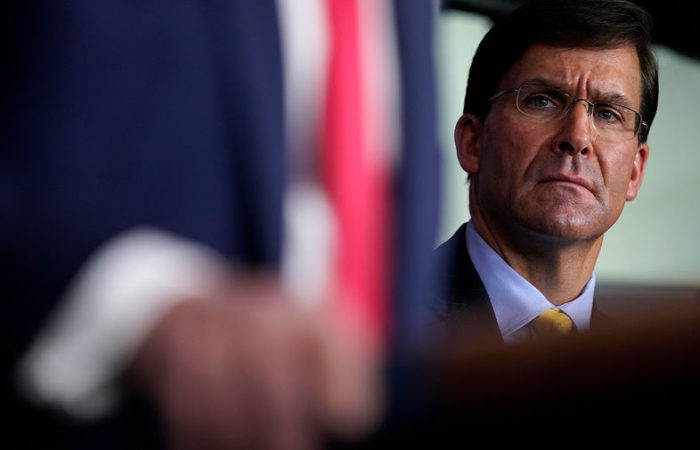 The main challenge to Western democracies does not come from Russia, but from China, which threatens the freedom-loving people in the Asian region and mainly Taiwan, former US Secretary of Defense Mark Esper said Tuesday during a meeting with Taiwan’s chief of staff Tsai Ing-wen.

A US Atlantic Council delegation led by Esper arrived in Taiwan on Monday for a four-day visit.

“While I was Secretary of Defense, the main task I set myself was to make sure that the armed forces of the United States and our allies are well prepared for the era of competition between major powers that we find ourselves in now,” said Esper, whose words leads the site of the office of the head of the administration of Taiwan.

⠀
In his opinion, many still doubt the existence of such an era, but Russia’s armed actions in Ukraine prove that “autocracies continue to exist in the world, causing inconvenience to democracies.”

“But the biggest challenge to the democracies of the West today does not come from Russia. It is here in Asia, where China continues to challenge the international order based on law and threaten the freedom-loving people of the region. Taiwan is at the forefront of this rivalry,” Esper said.

⠀
According to him, if there is one thing that unites politicians in Washington, it is the view that China is a strategic challenge for the US, and Taiwan is a good friend to be supported and protected.

⠀
Beijing, through official representatives of the Chinese Foreign Ministry, has repeatedly called on the US and the EU to stop any official contacts with Taiwan and stop supporting separatist sentiments on the island. The Chinese authorities also urge Taipei not to exacerbate tensions on both sides of the Taiwan Strait by maintaining interaction with Western countries. The Chinese Foreign Ministry has repeatedly called the Taiwan issue the most sensitive in relations between Washington and Beijing.