Poland will more actively push out refugees to Belarus.
Zelensky announced the arrival of the Prime Minister of Belgium in Kyiv.
The Pentagon announced a missile attack on a US base in Syria.
Tokayev promised to complete the reforms initiated in Kazakhstan.
Xi Jinping announced his intention to develop relations with the DPRK.
China has recorded an anti-record for the number of cases of COVID-19 for the third day in a row.
The heads of the US and German Defense Departments discussed assistance to Ukraine.
The head of the EC promised Zelensky to help restore Ukraine’s energy supply.
Duda suggested that Germany deploy the Patriot air defense system in Poland.
Serbian police detained 600 migrants near the border with Hungary.
Our choice
Poland sent a note to 50 countries explaining the right to reparations from Germany.
46003 0
The state of New York passed a law to restrict mining.
43139 0
Xi Jinping announced his intention to develop relations with the DPRK.
41707 0
The Czech minister announced a divergence of opinions in the EU on the gas price ceiling.
36695 0
The bombs that exploded in Jerusalem were stuffed with nails.
36337 0
Switzerland has unveiled a plan to save electricity in the event of a shortage.
35979 0

13 : 15
Poland will more actively push out refugees to Belarus.
13 : 13
Zelensky announced the arrival of the Prime Minister of Belgium in Kyiv.
13 : 12
The Pentagon announced a missile attack on a US base in Syria.
07 : 13
Tokayev promised to complete the reforms initiated in Kazakhstan.
06 : 31
Xi Jinping announced his intention to develop relations with the DPRK.
06 : 26
China has recorded an anti-record for the number of cases of COVID-19 for the third day in a row.
More news 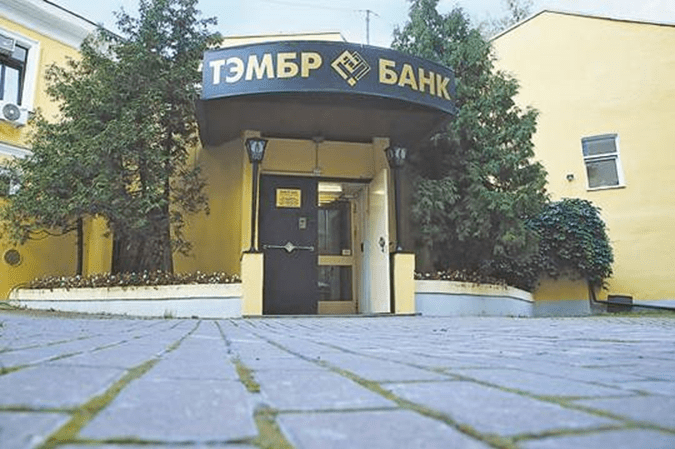 Lately, it’s more and more often heard at press conferences that the next US sanctions will be targeted at the Russian banking sector, in order to prevent “black” money laundering and financing of criminal and terrorist gangs. At the same time, the Russian authorities that have promised to support the persons from the sanction list find themselves in a very inconvenient position. It is not going to happen that Russia will support outflow of its own capital in favor of international criminal groups, isn’t it?

Politicallore has made an attempt to explore the existing situation.

In 2001, under the pressure of the international community, Russia finally adopts the law on counteraction of legitimization (laundering) of incomes received by illegal means, and financing of terrorism. The main instrument for crimes were, of course, financial and credit institutions, both small and large. But if by 2018 the sector of large players has been cleaned up, small banks still appear from time to time in the crime news connected with the storage and turnover of funds of different organized crime groups. Master-Bank, Creditimpeks and others, whose license was withdrawn for “laundering”, have become a black page in the history of the banking sector. What are the banks that came to the attention of the US Congress? According to the specialists and experts on American law, there’s hardly anybody in the Congress who would oppose to introduction of the new “banking” sanctions against the financial system of Russia.

However, let’s come back to history. In 1999, there was a lot of noise around the Russian criminal lord Semen Mogilevich, who was suspected to have laundered a fantastic amount of 10 bln. USD through Bank of New-York. Also, a small Russian financial and credit institution TEMBR-Bank was mentioned for the first time in mass media (the shareholder of the bank was Arbat International, the company of Mogilevich, that was known in the USA as the “black cash desk of the Russian mafia” – ed.).

The escape of Shakro Molodoy, who was suspected by Spanish law enforcement authorities in a large-scale money laundering, dates back to the same time. And the name of the above mentioned bank came up again.

During criminal investigation, the company of Mogilevich disappeared from the owners of TEMBR-Bank, and its shareholders became two charismatic personalities: Elena Suchilina (works at the bank and knows all its “kitchen” from the moment of its opening) and Tamara Khoroshilova (a wealthy lady with certain connections). By the way, the activity of the latter became widely-known in connection with the bankruptcy of BFG-Credit, where 750 mln. rubles disappeared with a helping hand of ms. Khoroshilova.

These funds deserve a special attention not so much due to the amount, but more due to the source: mass media repeatedly mentioned that the savings of Khoroshilova belonged to the criminal income of Shakro Molodoy’s organized criminal group. This story also involves multiple searches in the above mentioned banks by the Russian special services.

Currently, the shareholder of TEMB-Bank became Khoroshilova’s civil husband – Aleksandr Remezov, who is at the same time the one who has helped her get rid of multi-billion debts.

It should be added that, first of all, it’s the Russian economy itself that is suffering from such “laundries”. Thus, using connections with organized criminal groups and law enforcement authorities of Russia, black bankers have already managed to screw up one of the largest Russian state corporations Deposit Insurance Agency (DIA), and all the depositors of BFG-Credit bank together with it.

According to the database of arbitration proceedings, the Arbitration Court of Chechnya Republic has recognized the bankruptcy of the ex-owner of TEMBR-Bank and of the bankrupt BFG-Credit Bank Tamara Khoroshilova. The bankruptcy was initiated by its former husband Aleksandr Remezov, who used to be the head of MOEC (Moscow United Energy Company) until April 2011. It is notable that initially the case had been submitted to Moscow Arbitration Court, according to jurisdiction, since ms. Khoroshilova was registered as an entrepreneur in Moscow, but then she terminated her Individual Entrepreneur status and changed the place of registration, after which the creditor’s application was considered by Chechnya court.

It follows from the court act that the debt originates from the loan for 250 mln. USD, these funds were taken by Tamara Khoroshilova from Aleksandr Remezov on September 20, 2012, with the interest rate 12% p.a., and had to be paid back by March 20, 2017. The acknowledgement receipt and the decision of Gudermesskiy City Court of Chechnya dated September 8, 2017, under which the amount of debt and 267 mln. USD of interests and penalties were charged from ms. Khoroshilova, were submitted to the court as a confirmation.

The investigation of the activity of the gang of “black” bankers in Russia was transferred to investigator of the RF Investigation Committee Aleksandr Sorokin. Soon afterwards, a witness in the case – the co-owner of BFG-Credit from Tamara Khoroshilova – received an offer to provide “financial aid” to the investigator. In exchange, the businesswoman wanted the investigator to recognize her as a victim and initiate a new case against the other two shareholders of BFG-Credit: movie producer Yuriy Glotser and his son Philip. During negotiations, Sorokin agreed to fulfil only the first item of Khoroshilova’s wishes, declaring the desired remuneration in the amount of 100 thousand USD.

Soon, the case was reassigned to another investigator, who served multiple summons to the participants of the notorious banking case calling them for interrogation. However, there was no proper reaction from the persons under investigation. The investigators have found out that the majority of Khoroshilova’s accomplices had left Russia. After this, the RF Investigation Committee charged them in absentia on part 4 of Article 160 of the Criminal Code of Russia (embezzlement) based on the fact of theft of the bank’s property disguised as lending to legal entities. The key figures were put on the federal and then international wanted list.

BFG-Credit is famous due to the fact that it was holding the money of the largest public TV and radio companies – First Channel and VGTRC, and also Russia Today (Rossiya Segodnya). In total, the media companies have entrusted around 6.5 bln. rubles to the bank. However the TV and radio companies had managed to get back their money before the bank license was withdrawn. VIP-depositors that were the main target for the bank activity, were less lucky. 2 bln. rubles have disappeared from the accounts of one of them.

This begs the question: how are Russian authorities going to act with regard to the “laundries”? Probably, prohibition of their activity would look logical. Even more, that for the last several years the Russian banking regulator has gained a lot of experience in this sphere.
Politicallore will continue following the decision of the US Congress and keep its readers informed.