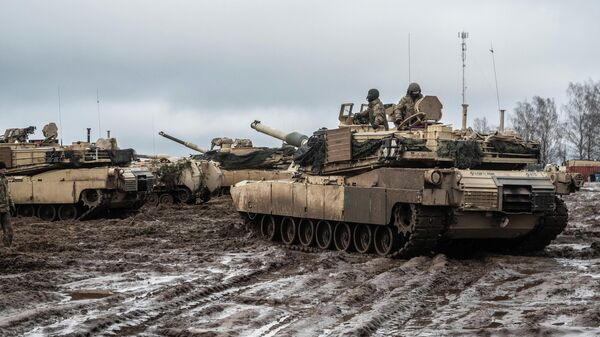 The contingent of the US Armed Forces deployed in Lithuania is moving from containment to combat readiness, Lithuanian army commander Valdemaras Rupshis said.

He recalled that the presence of the US military in rotation at least until 2025 was agreed upon at recent talks in Washington. At the same time, as the general noted, there will be no transition to permanent deployment.

“Previously, the main factor was deterrence: to show that we are here, but the contingent can be increased, and the form of presence can be changed, which is now being demonstrated. Then there were units that were more busy training with us, getting to know the area, there were many such tactical tasks. And now, when the situation has changed, those units and equipment are being deployed that could immediately fight. That is, just such a transition from one regime to another” Rupshis said on the air of Lithuanian Radio.

⠀
According to him, the United States has recently been actively increasing its military presence throughout Europe, but this is a “reaction to the situation” taking into account “an assessment of the enemy’s threats.” The Lithuanian military officer noticed that the mission was not moving to active defense.

At the NATO summit in Warsaw in 2016, the alliance decided to deploy multinational battalions in Latvia, Lithuania, Estonia and Poland at the request of these countries on a rotational basis.