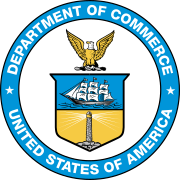 The US Department of Commerce said in a statement that the US government has decided to restore duty exemptions on imports of several hundred varieties of goods from China. According to the document, exemptions from the imposed customs duties will affect 352 goods imported from China and will be valid until December 31, 2022.

“Today’s decision was made based on the results of public comment and in consultation with other US agencies,” the US Department of Commerce said.

According to reports provided by the PRC customs, the turnover of Chinese-Russian trade in January-February 2022 reached $26.43 billion, which is 38% more than in the same period last year.