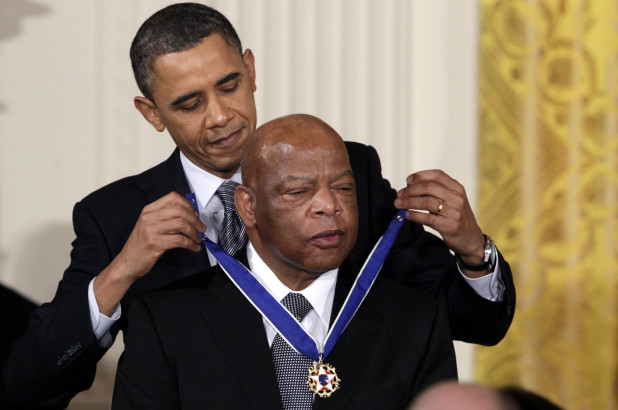 The US mourn for Georgia Rep. John Lewis, a central figure in the nation’s civil rights movement who died on Friday. A son of sharecroppers in segregated Alabama helped to found and lead the mid-century Civil Rights movement.

President Obama praised Lewi for the physical and emotional sacrifices he made for the US as an original Freedom Rider, March on Washington organizer and leader of the “Bloody Sunday” demonstration.

“He loved this country so much that he risked his life and his blood so that it might live up to its promise,” Obama wrote in a statement posted to Medium.

Sen. Lewis inspired generations that followed to try to live up to his example, said Bill Clinton who heaped praise on the late Democrat, tweeting that Lewis “gave all he had to redeem America’s unmet promise of equality and justice for all, and to create a place for us to build a more perfect union together.

“In so doing he became the conscience of the nation,” he adds.

In fact, Lewis was known as the “Conscious of Congress” over his more than three decades serving as a Georgia elected official, NY Post reports.

Over the decades, Lewis remained a “pioneering civil rights leader” who bring America into greater alignment with its founding principles.

Lewis “was a titan of the civil rights movement whose goodness, faith and bravery transformed our nation,” House Speaker Nancy Pelosi wrote on Twitter. “Every day of his life was dedicated to bringing freedom and justice to all.”

Lewis couldn’t win the fight against pancreatic cancer despite his bright life and courage. The politician had been arrested 40 times in the 1960s and five more times after becoming a congressman.

“Thank you for your courage, your sacrifice and your leadership,” Andrew McCutchen, a Philadelphia Phillies outfielder, tweeted with a photo of Lewis.“Rest In Paradise #JohnLewis. May we continue to honor your legacy and be a voice for the voiceless.”