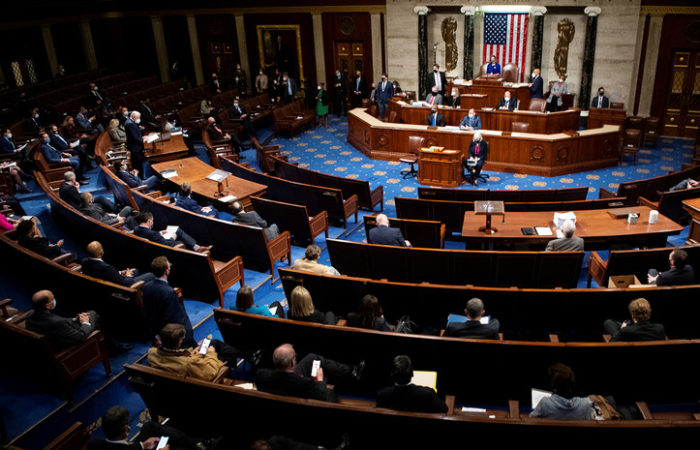 US senators have taken into consideration one of the largest legislative initiatives of US President Joe Biden, involving multibillion-dollar investments in the environment and social sphere with a tax reform that should more than cover the planned costs.

The president’s longtime vision was brought back to life ahead of the midterm elections after both opposition senators from the ruling Democratic Party, Joe Manchin and Kirsten Sinema, withdrew their objections.

⠀
The bill, dubbed the Inflation Reduction Act, allocates $370 billion for clean energy and climate goals, and $64 billion to lower the cost of medicines and health insurance.

⠀
The tax reform included in the 755-page document, according to the authors, will not only cover additional costs, but also reduce the budget deficit by $300 billion. The innovations would force the nation’s largest corporations to pay “at least some federal income tax,” eliminate tax avoidance schemes popular with the richest Americans, but would not increase the burden on anyone making less than $400,000 a year, the explanatory materials say.

⠀
All Democrats of the Senate voted for the start of the debate – 51 people, led by Vice President Kamala Harris, 50 Republican senators unanimously voted against, the press gallery of the chamber reported.