The US Supreme Court overturned the constitutional right to abortion 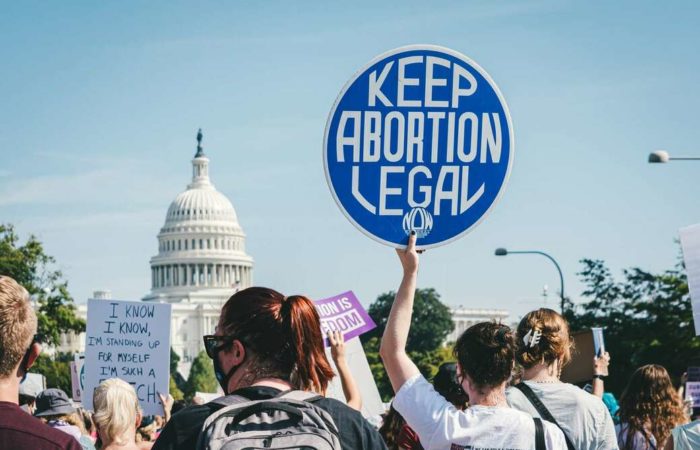 The U.S. Supreme Court reviewed the 1973 Roe v. Wade case and overturned constitutional guarantees for the right to terminate pregnancy, which would allow individual states to regulate this area on their own, the court said in a decision.

“The constitution does not give the right to abortion; and the right to regulate abortion is returned to the people and their elected representatives,” the statement said.

⠀
Hundreds of people gathered outside the Supreme Court building. Some of those present are shouting calls to preserve the right of women to have an abortion through megaphones, while others, on the contrary, support the decision.

⠀
The first state to immediately announce that this right would be limited was Missouri – local Attorney General Eric Schmitt said that he would become “the first attorney general to end abortion.”

⠀
The 1973 Roe v. Wade case granted women the right to have abortions without government restrictions.

⠀
In May, US President Joe Biden instructed to prepare responses to such a court decision, as a draft of the decision was published in the press. The head of state himself opposes the transfer of this issue to the states.

⠀
At the same time, as the American media write, about 20 states, in which the positions of the Republicans are strongest, can introduce restrictions on abortion.