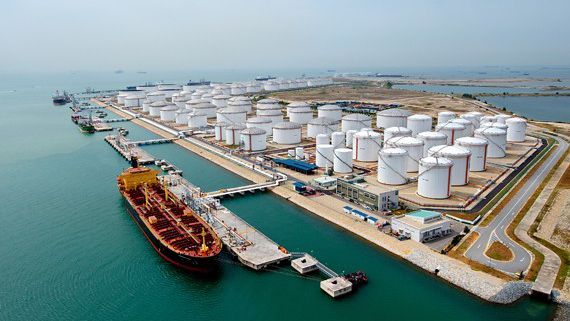 As of the end of July, 55.5 million barrels are being kept in Iran’s ground storage facilities, big quantity is sitting in China’s Jinzhou underground SPR, and rest on keeps oil tankers.

The total stockpiled oil is at least 111 million barrels, which in pre-sanctions days would mean a two-month export volume; counting two million barrels a day as Iran’s normal daily export market share prior to sanctions.

As a result of full tanker storage capacity, loadings have slowed down in Iran. China still took in around 170 barrels a day in June and a smaller volume went to Turkey.

However, shipments to China have increased in July to 360,000 barrels, possibly because Iran’s storage facilities on tankers and on the ground are full. It is not clear how much of this volume is being stockpiled in China and how much is going for consumption.

Commenting on the current situation, Kpler says that “The Trump Administration indeed appears to be closing in on the desired ‘zero lower bound’ that Secretary of State Mike Pompeo made clear was the target in his speech announcing an end to sanctions waivers in late-April.”

The bulk of Iranian oil in China’s bonded tanks is still owned by Tehran and therefore not in breach of sanctions, according to the people. The oil hasn’t crossed Chinese customs so it’s theoretically in transit.