Thousands of Venezuelans cross into Brazil to flee crisis 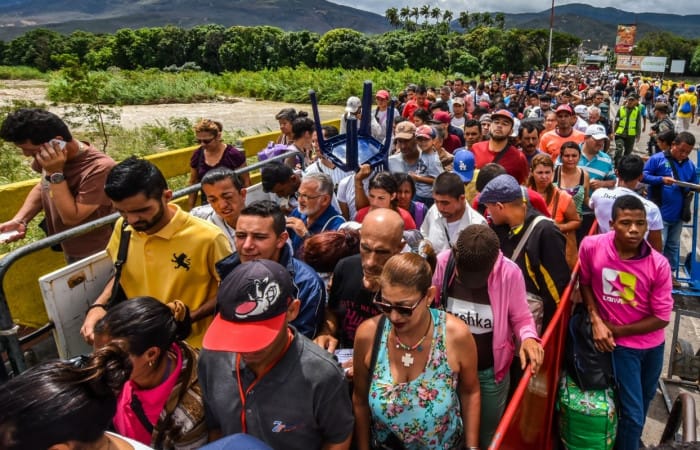 The food shortages have driven Venezuelans to flee to nearby Brazil, thousands of escapees have transformed the once sleepy town of Boa Vista, capital of Roraima state.

Venezuelan economic crisis is hard to describe, people try to flee as fast as possible to the nearby countries. Brazil is not a rich state but for Venezuelans, it is much better to live in the tent in Roraima then to have no food at all at home.

Last year a shelter was opened at a gymnasium but it could not hold the out-of-control influx of Venezuelans seeking refuge wherever they can — in squares, parks and street corners. At the Tancredo Neves gymnasium, the shelter has space for 180, according to the UN refugee agency, but an estimated 600 people are now resident there. The dirt and poor ventilation are overwhelming.

About 40,000 Venezuelans are scattered across the state of Roraima, the Boa Vista mayor’s office says. Most are from eastern Venezuela, while more than half a million have fled from the west of the country into Colombia, hoping for a break from the violent unrest and economic meltdown plaguing the country under President Nicolas Maduro.

“The Venezuelans’ situation is getting worse at this kind of shelter because it’s unhealthy and promotes the spread of illnesses,”

said municipal doctor Raimundo de Sousa who is overwhelmed by the misery of life in the gymnasium. Volunteers help the refugees with the food, cooking or caring the babies but there is still not enough assistance. The refugees are coming, said the Boa Vista authorities who requested the assistance from the international organisations.