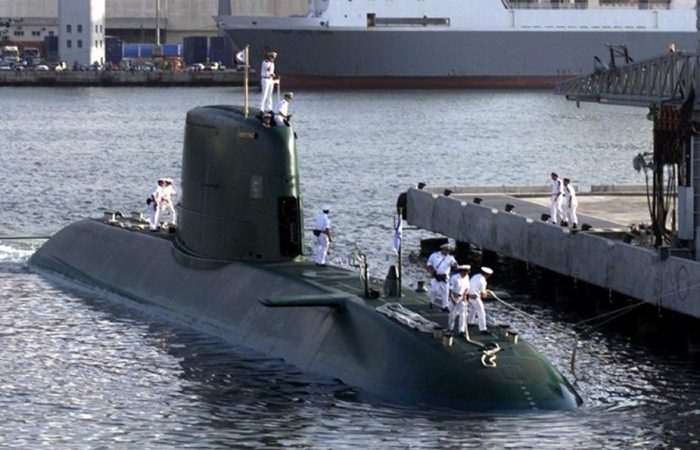 The Howaldtswerke-Deutsche Werft AG (HDW) in German city Kiel has signed the contract with the Israeli Navy. The German side will construct the diesel-electric submarine of a Dolphin class.

The Israeli Navy will receive the next class of the submarines soon. The first three submarines, Dolphin, Leviathan, and Tekuma, were laid down in the early 1990s, but only entered service between 1999 and 2000. The submarines are 187 feet long, displace 1,720 tons submerged, and have an operating depth of 1,148 feet.

Sensors include the STN Atlas Elektronik CSU-90-1 sonar suite with the DBSQS-21D active and AN 5039A1 passive sonar systems. The Dolphin class also has PRS-3-15 passive ranging sonar and FAS-3-1 passive flank arrays.

The Dolphin 2 class are the largest submarines to have been built in Germany since World War II. The Dolphin class replaced the aging Gal class, which had served in the Israeli navy since the late 1970s.

In October 2017, Israel and Germany confirmed that they have finalized a memorandum of understanding covering the Israeli Navy’s purchase of three more Dolphin-class submarines to be delivered starting in 2027. These boats will replace the first three of the class which by then will be about 30 years old, NavyRecognition reports on Thursday.