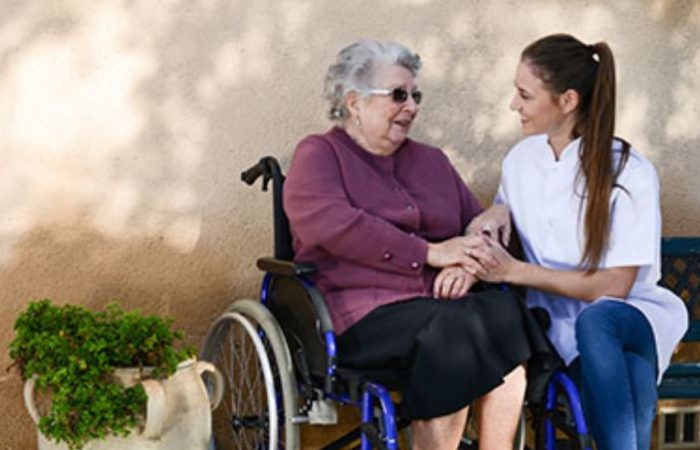 Not only Japan but Norway is ageing too, and today’s generation is not ready to give care to their parents, Science Nordic reports. Pushing a wheelchair with your old father is not the same as pushing a pram with a toddler.

The Scandinavian countries are ageing, and the recent research showed that the middle-aged men and women were surprised that their ageing parents suddenly needed them. In other words, the young generation understands that someone is going to have to care for all their old folks, but who?

Sofia Björk from the University of Gothenburg, Sweden, completed her doctorate and the social research, which showed surprising results. Björk has interviewed 21 middle-aged men and women who have parents who need care. All respondents were surprised when realized that their parents suddenly needed them. Probably, because Norway and Sweden have good welfare programmes for the elderly compared to many other countries.

“It was quite a shock to many when they realized that they actually had help their parents. They felt it was unfair, in a way,” she said.

During her research, Sofia Björk has interviewed parents of toddlers and people who are caring for their parents. One confers much more status than the other.

“It may be because they have grown accustomed to having healthy, independent parents and have believed that they will always be that way. But it may also be that they have been confident that this is something the welfare state will fix for them,” Björk said.

In fact, there is an interesting situation when it is about elderly parents who need care right here, right now. Traditionally, just one person in all of the families was mainly responsible for caring for elderly parents. Where the family included daughters, the responsibility fell on them.

Nowadays, when the new masculinity grows, there is a hope that twenty years after, sons also will be responsible for caring for their ageing parents. Today, fathers are proud to be fathers, that becomes trendy and natural because caring for children is part of being a man. Unfortunately, when it comes to caring for their parents, it is different, although equality remains the ideal for most people.

“My study found that gender is used as an argument for taking responsibility or not,” Björk said. “A woman might say, ‘Since I’m a daughter, it’s my responsibility.’”

A 2014 study from Norway shows that a child’s gender plays a central role in how much public help the elderly receive.

The researchers from this study said this shows that the family situation of an elderly person in need of help is taken into consideration when home services are allocated. This is in stark contrast to the Norwegian goal of universal welfare arrangements, which are supposed to be distributed according to the user’s needs, and not based on gender.

In Scandinavia, there have been changes in elder care. Politicians in both Norway and Sweden have decided that institutional care should be reduced and that the elderly should live longer at home.

Although the elderly continue to receive home services, this means the demands on relatives are greater. Among other things, they will need to help coordinate services, says Björk.

“Expanding public elder care was a major gender equality programme because it freed women from having sole responsibility for that care. When this approach is cut back, it’s also a setback for gender equality,” she said.