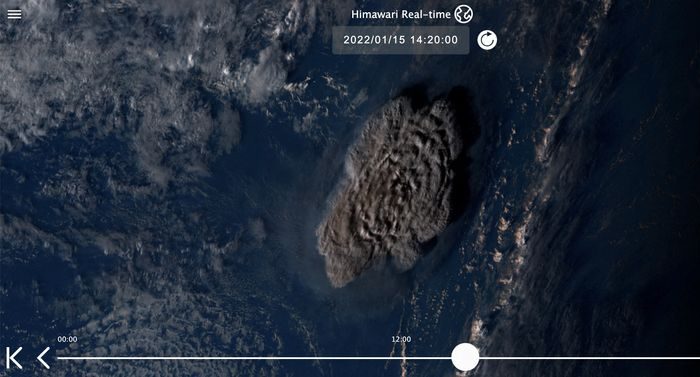 The tiny island nation Tonga remains isolated from the rest of the world after the natural disaster caused by the eruption of the volcano Hunga-Tonga-Hunga-Ha’apai. As Reuters has learned, tsunami and eruption have blanketed the Pacific island with ash. Australia sent its surveillance flights that would assess the situation in outer islands where communication is completely cut off.

Australia’s Minister for the Pacific Zed Seselja confirmed Monday that initial reports suggested no mass casualties from Saturday’s eruption and tsunami. In addition, Australian police had visited beaches and reported significant damage with “houses thrown around”.

One of the good news is that Tonga’s airport appeared to be in relatively good condition and is able to receive the surveillance flights. Tonga is concerned about the risk of aid deliveries spreading COVID-19 to the island, which is COVID-free.

Tonga’s deputy head of mission in Australia, Curtis Tu’ihalangingie, asked for patience as Tonga’s government decides its priorities for aid. “We don’t want to bring in another wave – a tsunami of COVID-19,” he added.

Telephone networks in Tonga have been restored, but ash was posing a major health concern, contaminating drinking water. Most people are not aware the ash is toxic and bad for them to breath, and they have to wear a mask.

As the experts say, Hunga-Tonga-Hunga-Ha’apai has erupted regularly over the past few decades but the impact of Saturday’s eruption was felt as far away as Fiji, New Zealand, the United States and Japan. Two people drowned off a beach in Northern Peru due to high waves caused by the tsunami.

Actually, this is an eruption best witnessed from space, the scientists said.