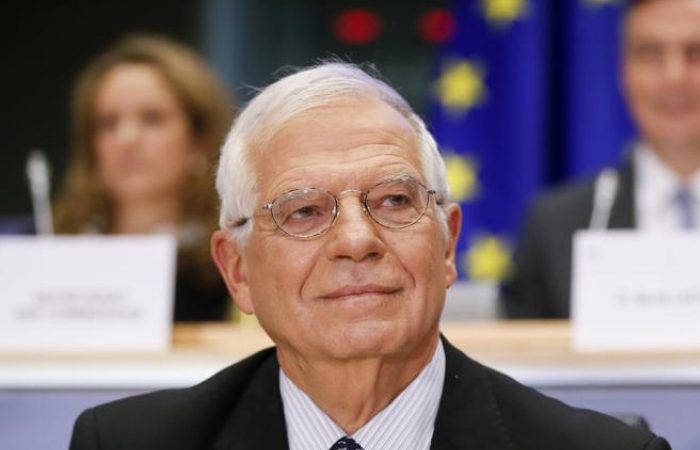 Top EU intends to reduce rising tensions over the Iranian nuclear program via talks. The upcoming visit of the top EU diplomat Josep Borrell will be his first trip to Tehran since taking office, according to AFP.

Borrel is due to two-day visit Iran on Monday, the top EU diplomat scheduled to meet President Hassan Rouhani, Foreign Minister Javad Zarif and parliamentary speaker Ali Larijani. As the official statement of Borrel’s office reds, his mission aims “to de-escalate tensions and seek opportunities for political solutions to the current crisis.”

The Iranian nuclear program remains the concern for the office of the EU’s high representative for foreign affairs and security policy. Following President Trump’s withdrawal from the 2015 nuclear deal between Tehran and a group of world powers, the tension has raised.

Since then, the White House has imposed sanctions and maximized pressure against Iran. Over two years, Tehran has gradually stepped back from its own commitments under the deal, while military tensions with Washington have brought the countries to the brink of full-blown confrontation in recent weeks.

As the EU political experts believe, the visit to Iran will allow Josep Borrell not only “to convey the EU’s strong commitment to preserve” the nuclear agreement, known as the Joint Comprehensive Plan of Action (JCPOA) but to discuss cooperation between the EU and Iran.