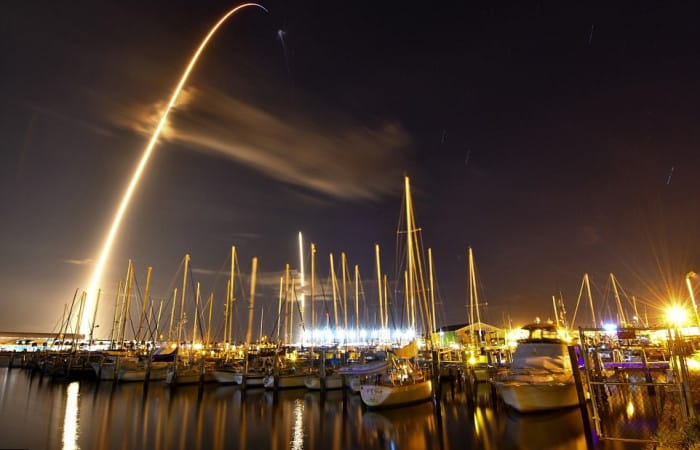 The satellite with the code name Zuma was launched from the Cape Canaveral Air Force Station in Florida Sunday night, confirmed the official sources. Unfortunately, the giant experiment failed, Zuma reportedly failed to remain in orbit and fall into the Pacific.

The Pacific Ocean waters became the grave for another satellite, which was classified as an intelligence one. Top secret Zuma satellite was built by Northrop Grumman Corp, but he space apparat failed to separate from the second stage of SpaceX’s Falcon 9 rocket.  According to the anonymous official sources, Zuma is assumed to have broken up or plunged into the sea.

According to the technical experts, one of the reasons was the fact that satellite was ‘a write-off,’ and the presumed loss of the satellite was first reported by the Wall Street Journal.

The satellite Zuma is the multibillion-dollar space intelligence project, that apparat was built by Northrop Grumman and code-named Zuma. Elon Musk’s SpaceX corporation was responsible for choosing the Falcon 9 launch vehicle, according to officials. As of Wednesday, an investigation is underway, but there is no initial indication of sabotage or other interference.

Here is the video of SpaceX launching Zuma to the orbit.

Lawmakers and congressional staffers from the Senate and the House have been briefed about the botched mission, some of the officials told the Wall Street Journal. It claims the payload was ‘an expensive, highly classified U.S. spy satellite.’

Gwynne Shotwell, SpaceX’s president, defended the company’s rocket performance launch of Zuma, explaining that the Falcon 9 rocket ‘did everything correctly’ and suggestions otherwise are ‘categorically false’.