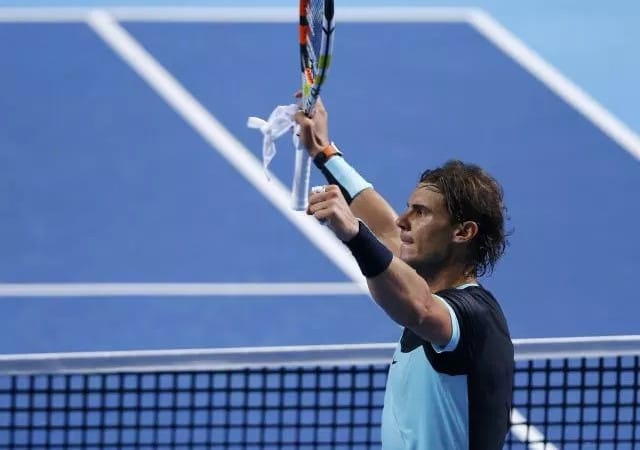 Toronto welcomes the next tennis tournament, during which the Spanish tennis legend Rafael Nadal won another match. His Swiss rival Stan Wawrinka lost 7-5, 7-6 (7/4) and made the way for Rafa to the quarter-finals, ATP reported.

The tennis match between Stan Wawrinka and Rafael Nadal was interrupted for a 45-minute rain on Thursday. The halt in proceedings came 63 minutes into the opening set, after Swiss player saved a rival set point for 5-all, with the Spaniard then holding serve for 6-5. After the rainy pause, the pair returned, with Nadal wrapping up the set on his second chance.

Mr Wawrinka, three-time Grand Slam champion, fought back on the second set from an early break down, Swiss took a 2-1 lead, with the pair again trading breaks in the fifth and tenth games. Mr Nadal came from a mini-breakdown in the tiebreaker and secured victory on his second match point. Rafael said later he is proud with that victory over a tough opponent.

“I’m happy to see Stan playing well again. We had a good quality of tennis. I’m very pleased, I needed a match like this. It does much for the confidence,”

The Spaniard’s win was his 17th from 20 played against Wawrinka. Second seed Alexander Zverev, the holder, lined up a re-run of last week’s Washington semi-final as he again takes on Stefanos Tsitsipas.

While Rafael Nadal is fighting on Toronto courts, his another Swiss rival and friend Roger Federer preferred to take a pause in his tight schedule. According to the tennis legend, he wants to focus on the upcoming Grand Slam tournament.