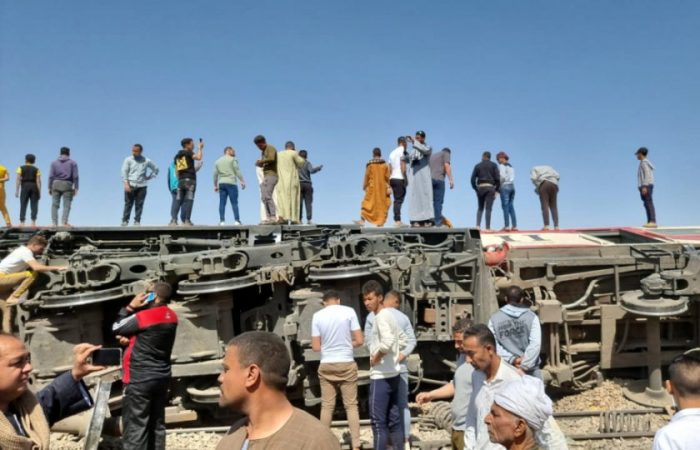 In the northern part of Egypt, two trains have collided, killing at least 32 people and injuring 165. The passenger train was headed to the Mediterranean port of Alexandria, north of Cairo.

The crash becomes the latest of a series of deadly accidents on the Egyptian troubled railways. Despite the government has spent billions to upgrade the railway but Egypt still has a long way to go in order to complete all the required work, Prime Minister Mustafa Madbouly said.

According to the preliminary investigation of the tragedy, someone apparently activated the emergency brakes on the passenger train and it was rear-ended by another train. As a result, two huge cars derail and flip on their side, Egypt’s Railway Authorities said on Friday. Chief Prosecutor Hamada el-Sawy was on the scene to investigate the crash.

More than 100 ambulances were sent to the scene. Injuries included broken bones, cuts and bruises, the authorities said. Additionally, two planes carrying a total of 52 doctors, mostly surgeons, were sent to Sohag.

“The [railway] service has been neglected for decades to an extent that made it quite outdated and extremely dangerous,” PM Madbouly said during the press conference.

The government will pay the equivalent of $US6400 in compensation to each family that had a relative killed, while the injured will get between $US1280 to $US2560, depending on how badly they were hurt.