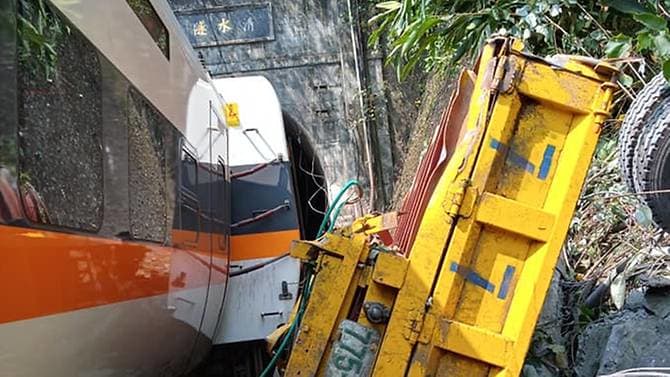 Taiwan’s government confirmed at least four people were killed when a train derailed in the northern part of the country on Friday morning.

The tragedy took place when the eight-carriage train, which was carrying around 350 passengers, derailed in Hualien city. At least 23 passengers got injuries. According to the reports from the local media, when a train entered a tunnel. As a result of the derailing, the fourth and fifth carriages were heavily damaged.

When the firefighters, search and rescue teams have been referred to the area, the situation was awful, the CNA reports. The accident occurred at about 9.30 am.

In fact, it is the island’s worst rail disaster in at least four decades, the authorities said. The police statement said 72 people were still trapped inside train carriages while 61 passengers had been sent to the hospital.

Taiwan President Tsai Ing-wen has asked the relevant ministries and organizations to launch the necessary work on the accident.