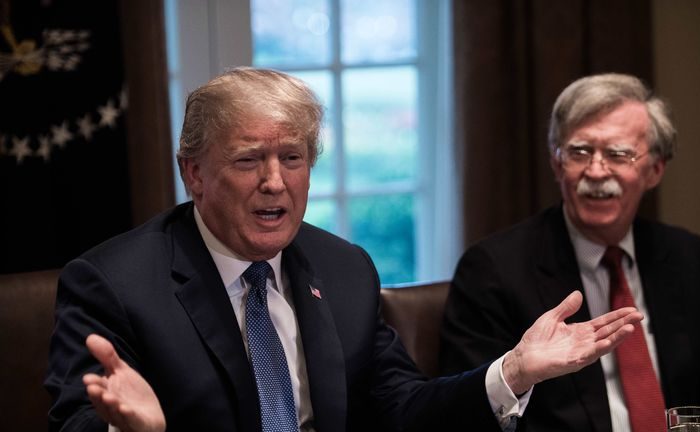 The US President Donald Trump wasn’t delighted with the idea of his former national security adviser John Bolton to release the recollections about the White House.

On June 23, Bolton planned to release his book «The Room Where It Happened». Simon & Schuster, the book’s publisher, has called the move «a frivolous, politically motivated exercise in futility.»

«Bolton’s book, which is getting terrible reviews, is a compilation of lies and made up stories, all intended to make me look bad,» Trump tweeted. «Many of the ridiculous statements he attributes to me were never made, pure fiction.»

Additionally, the president claimed «Bolton’s dumbest of all statements set us back very badly» with the Democratic People’s Republic of Korea, «even now.»

As China.org reports, Mr Bolton plans to release his memoir, «The Room Where It Happened,» on June 23, which has been delayed for months as a result of a prepublication review process.

The Trump administration is seeking to block the book’s release, arguing that the manuscript contains classified information that would compromise national security if published before a government review is completed.

«Hundreds of thousands of copies of the book have already been distributed around the country and the world,» it said in a statement on Wednesday.

Meanwhile, Bolton believes his book will be released as planned, and the White House has no power to block it.

John Bolton, who served as Trump’s third national security adviser from April 2018 to September 2019, was ousted over disagreements with the president on a range of issues.