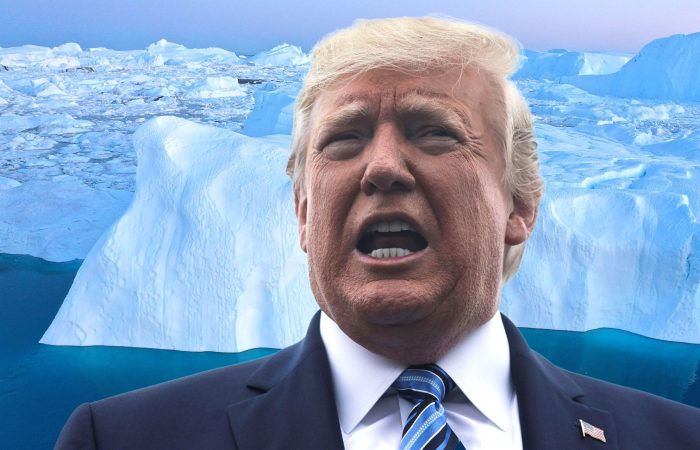 After Danish prime minister dismissed the idea of selling Greenland to the US, Donald Trump announced he cancels his trip, SkyNews reported on Wednesday.

Trump’s suggestion to buy Greenland has scoffed Denmark, and PM Mette Frederiksen’s comments showed that the US leader allowed himself too much.

The White House announced in late July that Mr Trump had accepted an invitation to visit Denmark’s Queen Margrethe and participate in a series of meetings, including with PM and business leaders.

Trump tweeted he prefers not to visit the most frozen island:

«Denmark is a very special country with incredible people, but based on Prime Minister Mette Frederiksen’s comments, that she would have no interest in discussing the purchase of Greenland, I will be postponing our meeting scheduled in two weeks for another time….» Donald J. Trump wrote on his Twiiter.

According to Trump, Danish PM Frederiksen was able to save a great deal of expense and effort for both the US and Denmark by being so direct.

After thanking Mette Frederiksen for her reaction regarding buying Greenland, Trump has expressed the hope for their meeting ‘sometime in the future’.

Mr Trump tweeted that «based on Prime Minister Mette Frederiksen’s comments, that she would have no interest in discussing the purchase of Greenland, I will be postponing our meeting scheduled in two weeks for another time».

This week, Danish PM had called Trump’s musing about buying the Danish territory «an absurd discussion» after he began talking up the idea.

President Trump’s European tour is set to begin at the end of August and includes a stop in Poland to commemorate the 80th anniversary of the start of World War II. Mr Trump is expected to go ahead with the Warsaw visit.

Asked about his interest in buying Greenland on Sunday, Mr Trump said «strategically… it would be nice» to own the island. Trump’s interest in the Danish territory emerged last week when he reportedly discussed it in a private meeting with advisers.