Trump charity shuts over allegations of misuse of funds 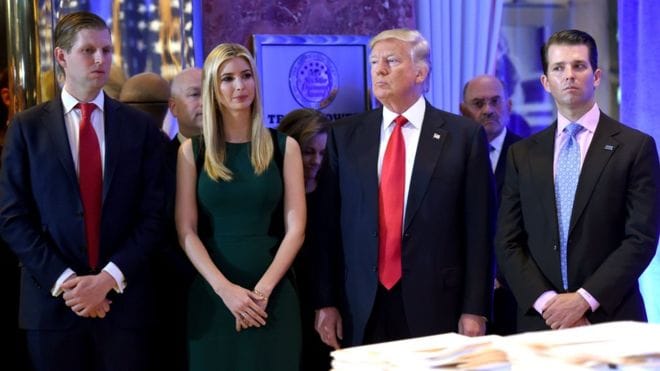 Barbara Underwood, Attorney General of NY State, has accused Donald Trump, Ivanka Kushner, and Donald Trump Jr of using their charity funds for gaining private and even political advantages. Ms Underwood said such an irresponsible financial behaviour of the first family was “little more than a cheque book to serve Mr Trump’s business and political interests”.

Attorney General added in her statement, there had been “a shocking pattern of illegality involving the Trump Foundation – including unlawful co-ordination with the Trump presidential campaign, repeated and wilful self-dealing, and much more”.

Trump Foundation lawyer Alan Futerfas defends his clients, he commented on NYAG’s statement, saying that the Attorney General’s  inaccurate statement of this morning is a further attempt to politicize this matter.”

So far, none member of the Trump family commented the accusation of misusing the charity funds.

Earlier, Mr Trump frequently used his family foundation as a resource to settle business lawsuits and, during the 2016 presidential campaign, as a political tool. In fact, Trump foundation was funded in large part by outside donations, so, it will be really hard to prove NYAG’s suggestions.