Trump: coronavirus task force will wind down as focus shifts to reopening U.S. 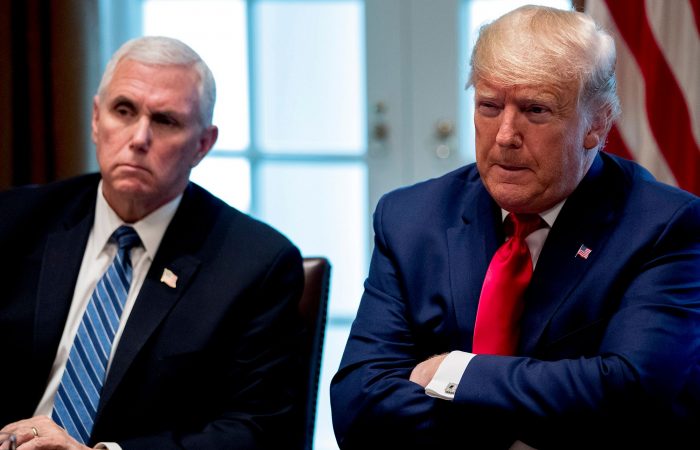 Donald Trump made a controversial announcement on Tuesday, saying that the US coronavirus task force will wind down. As President explained, he is going to focus on how to shift economy’s reopening rather than health issue.

In the United States, the coronavirus has infected almost 1.2 million people in the U.S., including more than 69,000 deaths due to COVID-19. Despite these figures, Donald Trump believes that a special task force (TF) is going to end its work.

As Mr Trump said on Tuesday, the country moves into a second phase that focuses on the aftermath of the outbreak. President confirmed the plans after Vice President, who leads the TF, told reporters the Oval Office may start moving coordination of the U.S. response on to federal agencies in late May, GlobalNews reported.

“Mike Pence and the task force have done a great job,” Trump said during a visit to a mask factory in Arizona. “But we’re now looking at a little bit of a different form and that form is safety and opening and we’ll have a different group probably set up for that.”

Trump said as well that “The mission accomplished is when it’s over” and both his health advisors, Anthony Fauci and Deborah Birx, would remain response coordinators for the TF.

“We can’t keep our country closed for the next five years,” Trump said, when asked why it was time to wind down the TF.

More than 70,000 people in the United States have died from COVID-19, the respiratory illness caused by the virus. The U.S. death toll is the highest in the world.

Both sides of the Congress, Democrats and some Republicans, have criticized President for playing down the threat and encouraging states to start to reopen their economies. However, the White House announced it’ll be a new focus now – on therapeutics, vaccines and addressing infection hot spots.

The US waits for COVID-19 vaccine

While the White House task force steps down, the country is still waiting for a new vaccine. According to Alex Azar, the Health and Human Services Secretary, and Stephen Hahn, Food and Drug Administration chief, the Trump office was committed to accelerating the search for a vaccine. So far, there is a goal of producing 100 million doses by the autumn and 300 million doses by the end of the year.

“Whether that can be achieved or not, it is realistic,” said Azar. “We would not be doing this if we did not think it were realistic. Is it guaranteed? Of course it is not.”

Most experts have suggested clinical trials to guarantee a vaccine is safe and effective could take a minimum of 12 to 18 months.