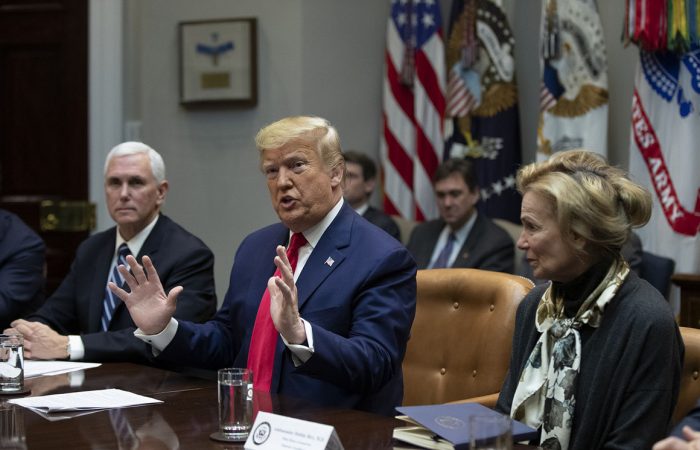 Donald Trump’s critics fro those who fight COVID-19 became the feature of his re-election campaign. President is criticizing officials and medical staff who are trying to stop the pandemic in the United States, Reuters reports.

While spending the closing days of the presidential race, Donald Trump campaigns in the Midwest on Friday. In his closing message, Trump promised an economic relaunch and a vaccine to combat the novel pathogen.

Meanwhile, the US voters say the COVID-19 is their top concern, according to the recent polls.

The president criticized Democratic bosses in Minnesota for enforcing social-distancing rules that limited his rally to 250 people. “It’s a small thing, but a horrible thing,” Trump said and directed attacks beyond Joe Biden.

The Democrats nominee, in his turn, has accused 74-year-old Trump of giving up in the fight against the disease, which has killed almost 229,000 people in the country.

In his address in Minnesota, Mr Trump falsely said doctors earn more money when their patients die of the disease, building on his past criticism of medical experts like Dr Anthony Fauci, the US top health expert.

On Saturday, Trump arrived in Pennsylvania, campaigning in the cities of Newtown, Reading and Butler.

US: 2020 election with a record turnout

In 2020, analysts expect record turnout in the presidential race. At least 86 million Americans have already cast ballots in person or through the mail, according to the University of Florida’s Elections Project, or 63% of the total 2016 turnout.

Trump has repeatedly claimed without evidence that mail-in ballots are susceptible to fraud and has more recently argued that only the results available on election night should count. In a flurry of legal motions, his campaign has sought to restrict absentee balloting.

Officials in several states, including Pennsylvania and Wisconsin, say it could take several days to count all of those mail ballots, meaning there could be days of uncertainty if the outcome hinges on those states.

Security officials are preparing for a range of possible threats, from spontaneous acts of violence to more organized, planned attacks. In downtown Washington, workers on Friday boarded up storefronts near the White House to protect against possible damage.