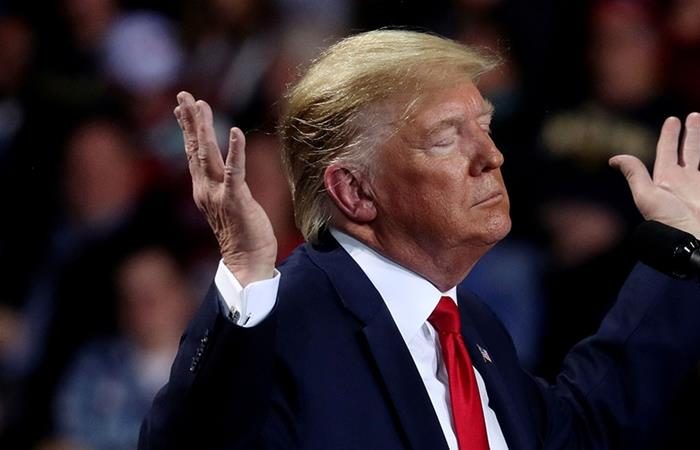 President Trump has extended the total number of nations under the US travel ban to thirteen, Axios reported. The citizens from the countries with large Muslim populations will be prevented from entering the US diversity visa program.

he US President has ordered to impose travel restrictions on six more countries with large Muslim populations. As the new presidential executive order signed on Friday says, immigrant visas are being suspended for citizens of six countries.

As the Department of Homeland Security explains, the ban will not apply to non-immigrant (NI) travellers such as students, tourists or people visiting the US on business.

In fact, six countries were added to the travel ban list: Nigeria, Myanmar, Eritrea, Kyrgyzstan, Sudan and Tanzania. In other words, these people will have no opportunity to use the US diversity visa program that provides green cards to immigrants. According to President Trump, there is enough Muslims in the United States.

The first similar executive order on the travel ban took an effect on Feb 1st, 2017. The new 2020 rule goes into effect on February 22 and extends the list consisted of Iran, Libya, Somalia, Syria, Iraq, Iran, Yemen, Venezuela and North Korea.

New Trump’s order as part of his 2020 reelection strategy.

The current decision could not be more transparently motivated by domestic political considerations. Actually, Trump’s recent State of the Union address on Tuesday has openly encouraged anti-immigrant and anti-Muslim hatred from within his fascistic political base.

In general, the expansion of African countries on the list is of a piece with Trump’s previous vulgar references to “sh*thole countries” on the continent and Nigerian immigrants coming to the US who will never “go back to their huts, the experts warn.

The expanded ban is likely to block 12,300 immigrants over the next year, “from resettling, finding work or reuniting with their families in the United States” under the new Trump’s order.

In its turn, the White House explained each country added to the blacklist had not complied with the US Office’s requirement for information-sharing related to terrorism data. These states had not updated their passport systems or had issues with international criminal reporting methods.

Two rockets hit near US Embassy in Baghdad