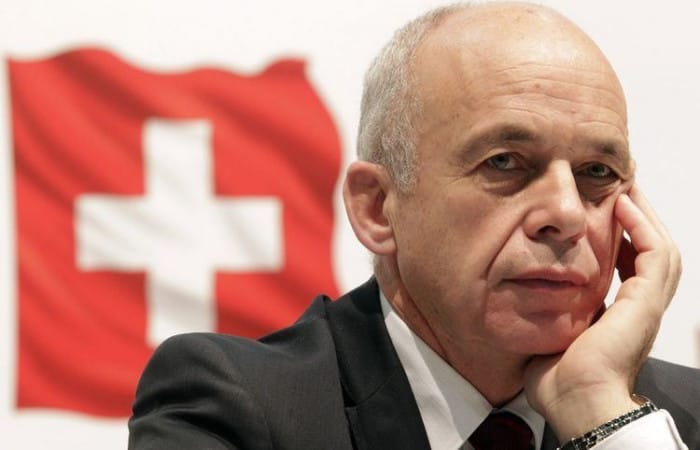 The US president and his Swiss counterpart have discussed the bilateral cooperation during the official visit of Ueli maurer to the White House.

Switzerland’s President Ueli Maurer and the US leader have met in Washington on Thursday after receiving a surprise trump’s invitation. Mr Maurer, who is Switzerland’s finance minister and current holder of the rotating Swiss presidency, was open for discussing the Swiss–US partnership and issues including “Switzerland’s role in facilitating diplomatic relations”.

In addition, a possible Swiss–US free trade agreement (FTA) was also among other topics on Thursday’s meeting. Despite many stumbling blocks, the main concern in this FTA is concerns that the US could force Switzerland to green light genetically modified products, which would be problematic for Bern.

Ueli Maurer’s visit is likely a reference to arrangements between Switzerland and the US, say the observers. The point is Washington sees Bern representing White House interests in Iran and will also see the European country representing US interests in crisis-hit Venezuela. taking into account that Washington withdrew all its diplomatic personnel in March, the involving bern is looking pretty logically.

The FTA could boost the US-Swiss cooperation

The meeting between two leader should take place in January, on the sidelines the World Economic Forum is Davos. Unfortunately, Donald Trump pulled out of that trip because of the US government shutdown.

Before that cancelled meeting, Maurer had noted that the US is, alongside the EU, Switzerland’s most important trading partner.