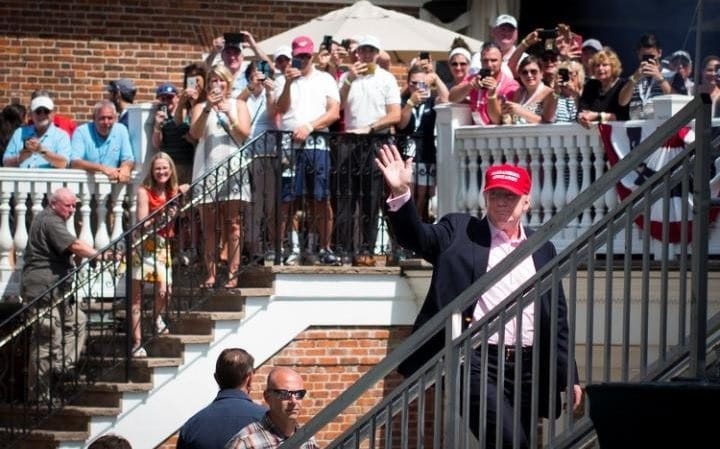 Donald Trump’s presidency time is full of days off and different visits, POTUS has spent 35 days at golf clubs during his first 164 days in office – that is about 21 per cent of his days as president so far.

President Trump is one of the busiest men of the planet, his working day has no limits, as well his days off. Donald Trump likes to play golf and often leaves Washington DC for visiting different clubs, he has been a regular visitor at his own golf clubs in Florida and Virginia as well.

Alongside with the visits to golf clubs, Mr Trump pays other visits, last month, he appeared in the club as it hosted the US Women’s Open at Trump National Golf Club where he dropped in on a wedding reception.

He was quick to mock Barack Obama for spending time on the golf course as president. However, Mr Trump spent 35 days at golf clubs during his first 164 days in White House, according to an analysis by NBC.

For years, Trump criticized his predecessor Barack Obama for playing golf while on the job.

“Can you believe that, with all of the problems and difficulties facing the U.S., President Obama spent the day playing golf,”

Trump National Golf Club, its first course, opened in 2004, that is the place where Donald Trump based himself in Bedminster during and after much of his presidential campaign. In fact, the golf club of such high level is also the working place for the president. On the courses of Trump National Golf Club, he interviewed prospective future members of his administration team.

No need to forget that the club costs $300,000 to join and celebrity members include Rudy Giuliani and Bill Clinton.