Trump: I never considered running Ivanka as my VP 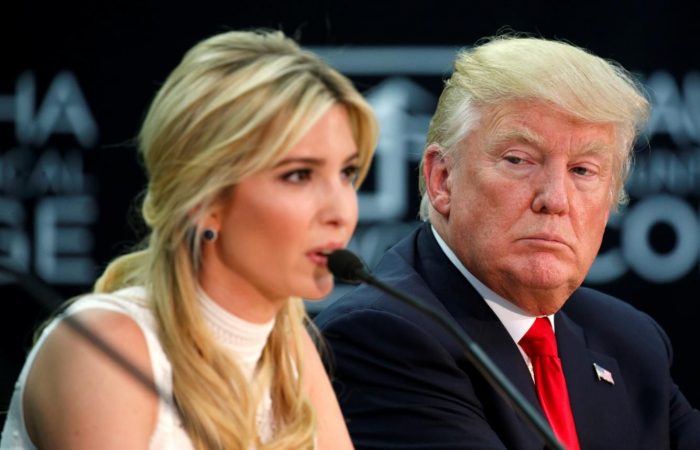 President Donald Trump derides reports he planned to have Ivanka Trump, his daughter, run as his vice president in 2016. Those reports are ‘wrong and totally ridiculous’, said Trump.

President Trump pushed back Tuesday morning on claims he had an idea promoting Ivanka Trump Kushner, to run for vice president in 2016. ‘Fake news!’ said the US President.

Ahead of the next US presidential election, there are new waves of the fake reports, which are not only wrong but totally ridiculous.

“Now Fake News CNN is actually reporting that I wanted my daughter, Ivanka, to run with me as my Vice President in 2016 Election. Wrong and totally ridiculous. These people are sick!”

For those who have no true information, Trump said his daughter in 2016 was a registered Democrat, and remained registered as a Democrat until 2018.

The recent fake reports claiming the US President sought to have Ivanka nominated as his running mate cite an upcoming book by former Trump campaign aide Rick Gates.

Meantime, Mr Gates, who in the summer of 2016 was Trump’s deputy campaign chairman, describes in the book how Trump — wary of the “Never Trump” sentiment in the Republican party and still stinging from his competitors’ attacks during the GOP primary — deliberated for about a month on a vice-presidential candidate he could trust completely.

“During a VP discussion that included Jared and the other kids all assembled in one room, Trump said, ‘I think it should be Ivanka. What about Ivanka as my VP?’ There was silence,” Gates writes in “Wicked Game: An Insider’s Story on How Trump Won, Mueller Failed and America Lost,” referring to Ivanka Trump’s husband, Jared Kushner.

In fact, Ivanka is a proactive, smart and prosperous individual but she expressed no especial interest in politics. During her father’s presidential terms, she attended and organized many social events, however, Ivanka Trump Kushner has no intention to be a VP.

“All heads turned toward her, and she just looked surprised. We all knew Trump well enough to keep our mouths shut and not laugh,” Gates writes, according to a copy of the book obtained by Bloomberg News.

Rick Gates went on: ‘She’s bright, she’s smart, she’s beautiful, and the people would love her!”’