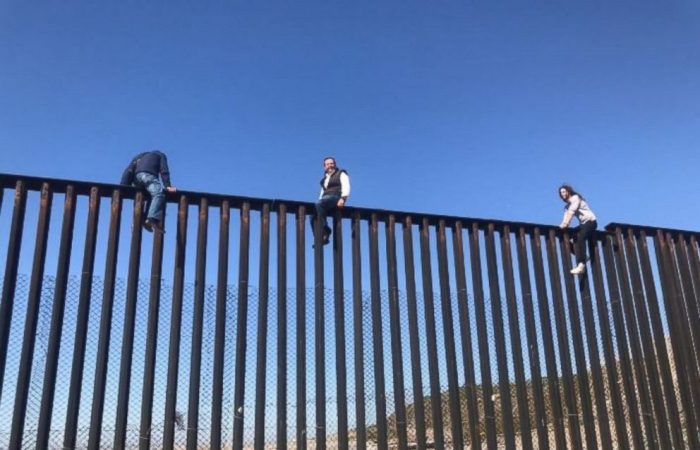 Donald Trump does his best to fulfill one of his pre-election promises — to stop illegal migration flow into the United States, The New York Times reported. Earlier, the American leader excelled himself and suggested the US-Mexican border wall be electrified with spikes on top that could pierce human flesh.

President Trump goes further in his desire to resolve the migration crisis. In March, amid the ways how to make the border wall unreachable for Mexican and Latin American migrants, Trump proposed that it should be fortified with a «water-filled trench» with «snakes or alligators». Trump also advised that migrants be shot in their legs, The New York Times reported quoting the senior officials from the White House.

The article published Tuesday was adapted from «Border Wars: Inside Trump’s Assault on Immigration,» a book to be published on October 8 by the publication’s reporters Michael Shear and Julie Hirschfeld Davis.

Trump’s ideas on how to seal the border with Mexico look like the medieval ones. The US leader has faced a lot of resistance and outrage about his immigration agenda, while Mike Pompeo is known for his soft approach over the immigration issue. President was angry with Secretary of State for having cut a deal with Mexico to allow Washington to reject some asylum seekers.

Trump shared his vision of the immigration problem, he strongly believes that the complete shutdown of the border was the only solution. While his staff tried to make Trump understand that building a wall will not solve the problem as people will still be permitted to claim asylum.