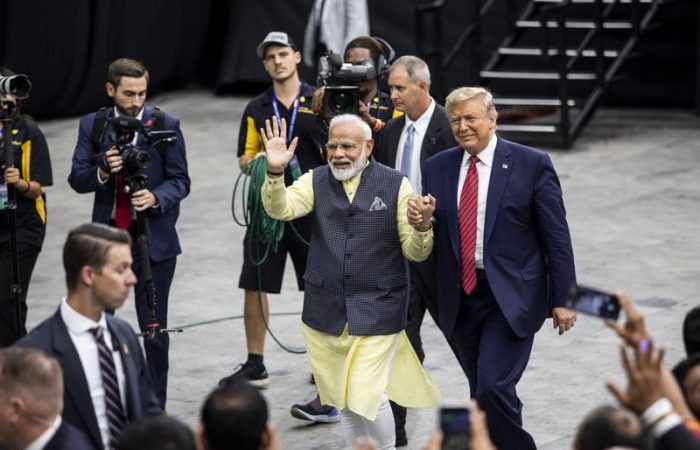 The US presidential office is planning the first visit to India next month, Bloomberg reported on Tuesday, citing insiders from the Indian foreign ministry.

Donald Trump and Narendra Modi, an Indian prime minister are expected to sign an agreement on civil aviation apart from the long-pending bilateral trade deal. For the US President, it will be the first visit to India.

According to insiders, Trump’s visiting in February will be important for both the United States and India because the countries are in touch to work out mutually convenient dates for the visit.

The scheduled visit will come as India faces the slowest economic growth since 2009 and rising social unrest against Indian PM Narendra Modi’s Cabinet, which has been pushing its Hindu nationalist agenda through new laws that are widely seen as discriminating toward Muslims.

The Indian head of government’s trip to Washington in September was useful for easing tensions between the two countries. Mr Modi walked hand-in-hand with Trump at a rock-concert like an event in Houston.