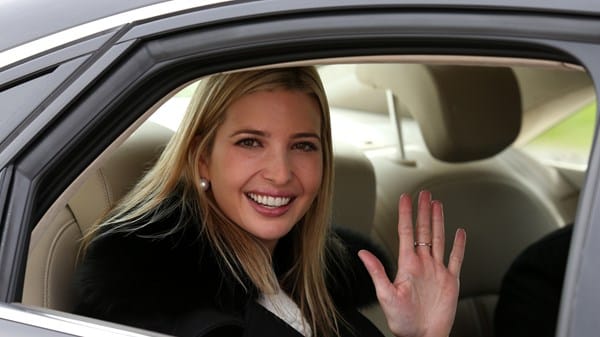 The US President should resolve another problem within days, to appoint the next diplomat to succeed Nikki Haley as an ambassador to the UN. As Mirror understood, Ivanka Trump tops the short list of prominent names.

Donald Trump’s desire to appoint his senior advisor as the UN ambassador will definitely face the criticism. This week, Nikki Haley praised Ivanka and her husband during her unusual Oval Office televised meeting with President, speaking warmly of the president and his family. The elder daughter Ivanka and her husband Jared Kushner are not only clan members but President’s advisors. That is why the rumours about appointing Ivanka as the new US ambassador to the UN have ignited so fast.

Meanwhile, the White House has its own vision of the situation and considering Susan G. Komen Foundation founder Nancy Brinker to replace Nikki Haley. And her name is not the only one female candidacy on the short list.

Haley stunned the White House with her announcement this week that she will resign her post, depriving the administration of a steady operator and a prominent female voice. Of course, President got asked about his elder daughter in the first hours after Nikki Haley announced her resignation Ivanka would vacate her post.

It is pretty logical that Mr Trump’s comments come amid speculation he is inclined to appoint Ivanka to the post of the US ambassador to the UN. He wrote on Twitter that the idea is incredible.

“So nice, everyone wants Ivanka Trump to be the new United Nations Ambassador,” he added.

Saying ‘everyone’, President meant the whole Trump family, because the diplomats would be surprised if Ivanka fills that position without having a diplomatic education.

“She would be incredible, but I can already hear the chants of Nepotism! We have great people that want the job,”

No need to say, Ivanka Trump was flattered with her nomination ‘a formidable replacement for Ambassador Haley but confessed it will not be her. According to Donald Trump, he is considering “numerous people” for the role, with the early frontrunner being his former national security advisor Dina Powell or Nancy Brinker.