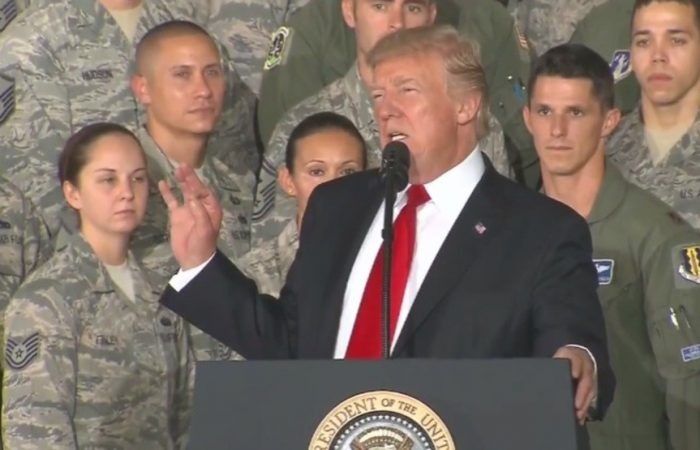 U.S. President Donald Trump continues his pressure on Russia and Turkey. On Friday, he approved the 2020 National Defense Authorization Act (NDAA), a bill includes controversial provisions calling for tightening the sanctions against Moscow and Ankara for their energy pipelines Nord Stream 2 and TurkStream.

The US leader has signed into law a controversial bill: NDAA aimed at increasing the US defence spending by about 20 billion dollars, or about 2.8 percent. As Xinhua reports, to celebrate the signing of multi-billion Act, Trump even came on Friday night at the Joint Base Andrews near Washington.

Despite facing potential sanctions, Moscow and Berlin reaffirmed their commitments to complete the Nord Stream 2 project and put it into operation.

According to the Russian Foreign Minister Sergei Lavrov, «neither Nord Stream 2 nor TurkStream will stop» after Trump’s move.

The NDAA contains figures for defence spending in the next year. The Act authorizes follows:

The NDAA also includes a 3.1-percent pay raise, the largest in a decade. Other NATO allies also do the same, raising their defence spending. In fact, The Act has remained one of the few authorization bills that Congress passes year after year.

In a win for Trump and Republican lawmakers, the bill will establish the Space Force, a new US military branch which will be housed in the Department of the Air Force and led by the chief of space operations.