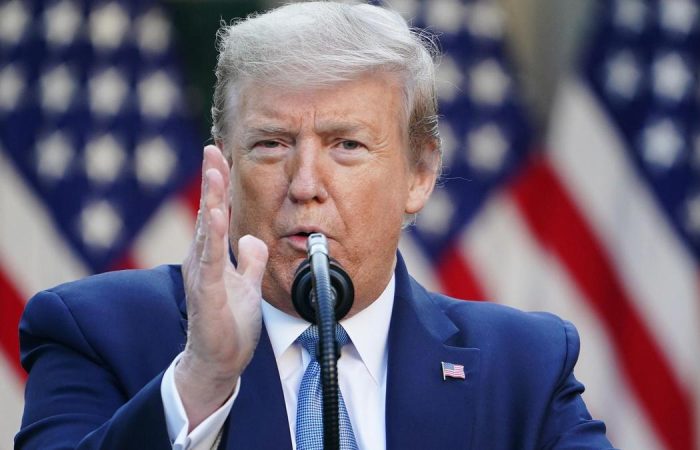 President Trump wrote on Twitter that statistics showed the United States has passed the peak of COVID-19 disease. Thus, the nation’s leader would announce new measures for reopening the economy.

Donald Trump suggested in his recent tweet that the US copes very well with coronavirus, and the nation has passed the peak of infections. While the battle continues the statistics show a decreasing trend in several states, the president said in his daily White House news briefing on Wednesday. “While we must remain vigilant, it is clear that our aggressive strategy is working and very strongly working, I might add,” Trump added.

No need to say how strong the COVID-19 crisis has hammered the US economy, overshadowing sitting president’s efforts to win re-election in November. During the lockdown, millions of Americans have lost their jobs and thousands of businesses have been forced to close their doors. It is hard to tag as positive recollections from Trump’s presidency.

Meanwhile, the US health system showed the nation “improving”, but that Americans had to recommit to social distancing to keep up the positive momentum, said Dr Deborah Birx, the White House coronavirus task force co-oordinator. According to her, nine states had fewer than 1,000 cases and just a few dozen new cases per day. In other words, it is a positive dynamics.

In the United States, the issue of gradual reopening of the economy is a top priority. In fact, the refreshed guidelines are expected to clear the way for an easing of restrictions in areas with low transmission of the novel pathogen, while keeping them in place in harder-hit places.

To summarize, the ultimate decisions will remain with state governors.

“We’ll be opening some states much sooner than others,” President Trump said Wednesday.

On Monday, Donald Trump said that he had the authority to overrule state governors and order businesses across the country to reopen.

Mr Trump’s announcement followed talks throughout Wednesday with American business leaders. Many of whom warned that a dramatic increasing in testing and the wider availability of protective equipment would be needed to safely resume their operations, participants said.