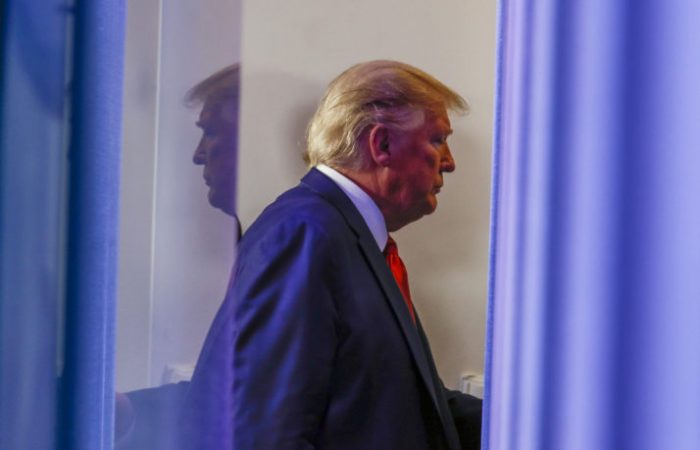 Donald Trump on Monday night warned that he was suspending immigration into the U.S. because of the novel virus pandemic. The statement sounds as controversial as possible, taking into account Trump’s recent cautious optimism.

Trump’s Monday announcement on suspending immigration to the United States stood in contrast to his own recent messages of cautious optimism about the country soon reemerging from weeks of lockdowns designed to contain the virus.

Last week, President Trump has repeatedly tried to downplay the severity of the virus outbreak since its arrival in the country, and his push to reopen the economy has put him at odds with some of the nation‘s governors.

“In light of the attack from the Invisible Enemy, as well as the need to protect the jobs of our GREAT American Citizens, I will be signing an Executive Order to temporarily suspend immigration into the United States!“ Trump posted on Twitter, explaining his move to suspend the immigration.

In fact, immigration has largely taken a back seat during the pandemic as the president hopes to salvage a strong economy that had become one of his major campaign points in the lead-up to the upcoming election.

Trump persistently continues to close the US borders for immigrants

For Donald Trump, closing borders for migrants is a must. Amid coronavirus outbreak, suspending of international travellers means a lot for keeping an epidemiological situation under control.

Immediately after the president’s tweet on Monday night, hard-line immigration groups cheered the decision. Meantime, Trump’s tweet did not make clear what specific action he would take after the controversial announcement. In fact, it is still unclear whether he could simply suspend entries for a period of time, or cancel a specific program altogether for the year.

The Department of Homeland Security is still drafting the executive order, according to three people familiar with the situation. One possibility that has been discussed is an exemption for temporary guest workers, including those who work on farms.

When asked what promoted the decision, a top DHS official responded: “22 million unemployed Americans and counting due to Covid-19.”

Despite Trump’s campaign vow to reduce immigration, the number of immigrants with temporary visas has steadily increased during his presidency, reaching 925,000 in 2018, according to the Migration Policy Institute.