Trump-Xi meeting at G20 revives hope for a trade truce 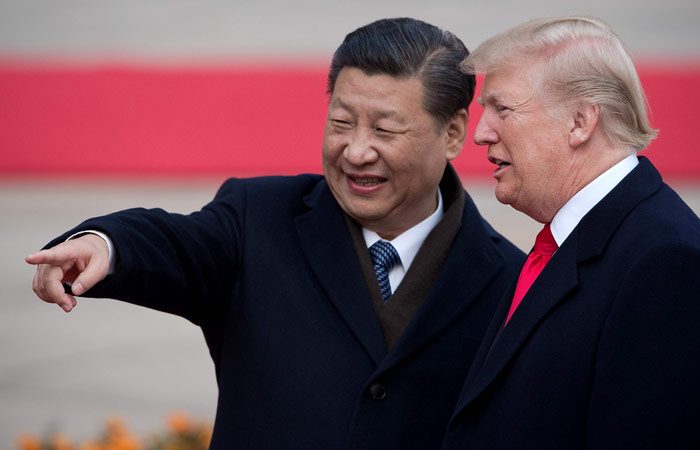 The trade war between the US and China could be ended soon, the experts say. The US President and his Chinese counterpart have agreed to meet at the G20 summit in Japan next week to discuss the latest trade developments and tariffs.

Several weeks after negotiations broke down when the US leader accused the Chinese side of reneging on its commitments, hiked tariffs on $200 billion in Chinese goods and then blacklisted Chinese telecom giant Huawei.

Under current circumstances, the readiness of both leaders to end the nine-month trade war is reviving hopes for a truce in the tensions between the two economies. On Tuesday, Mr Trump and Mr Xi spoke on the phone, and the US president took a conciliatory approach this time.

Commenting on the telephone conversation with Mr Xi, Donald Trump said that they “ will be having an extended meeting next week at the G-20 in Japan”. On June 28-29, the world top leaders will gather in Tokyo for another G20 summit.

Meanwhile, Trump noted that both American and Chinese respective teams will begin talks prior to meeting at G20 sidelines. The Chinese President also supported the decision to discuss trade tariffs, warning that a dialogue must be conducted on “an equal footing.”

“China and the US will both gain by cooperating and lose by fighting,” Xi told Trump, according to Xinhua news agency.

In April, speculation mounted that the US and China were close to finalising an agreement to resolve their nine month-trade war. The Chinese vice premier Liu He has confirmed that at a meeting with US leader.

“Under the current situation, the healthy and stable development of China-US relations is related to the interests of both Chinese and American people,” said Liu, passing on remarks from Mr Xi.

The Prime Minister of Estonia acknowledged the reduction of the EU’s ability to put pressure on Russia.

Poland, Italy and Greece have proposed introducing a price corridor for all gas imports.

The head of the Serbian Interior Ministry announced the introduction of the “first package of sanctions” against Belgrade.

The coronation of Charles III will take place on 3 June.

In Greece, they said that the issue of paying war reparations by Germany remains open.