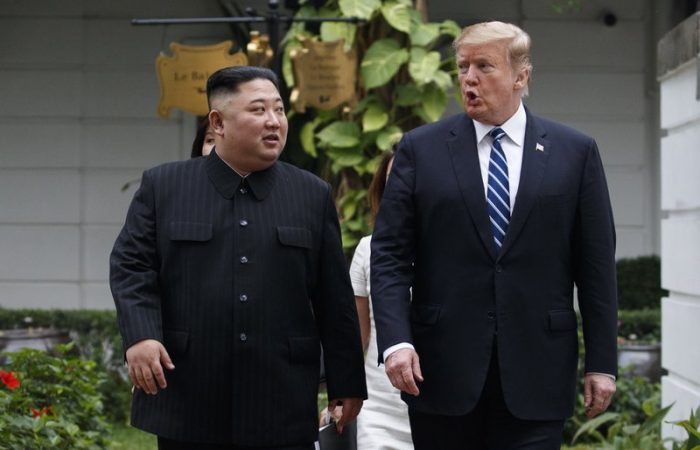 Donald Trump’s sending a birthday message is not a guarantee that Kim Jong-un will melt and be back to the negotiating table, said the North Korean diplomats.

The stalled nuclear negotiations between the US and North Korea should be resumed, Foreign Ministry adviser Kim Kye Gwan said. However, the North Korean diplomat added that President Trump’s birthday message to Kim will not fix the situation.

On Thursday, Seoul had conveyed Trump’s birthday greetings to Kim whose birthday is believed to be January 8. The same day, Kim Kye Gwan said that the North had already received a similar letter by Trump directly from the Americans, and ridiculed Seoul for clinging to its role as a mediator between North Korea and the US.

«They seem not to know that there is a special liaison channel between the top leaders of the DPRK and the US,» Kim Kye Gwan said, referring to North Korea by its formal name, the Democratic People’s Republic of Korea.

According to the NKorean diplomat, it was «presumptuous» for South Korea to meddle in the personal relationship between Kim and Trump. Kim Kye Gwan explained that despite Mr Kim has good personal feelings about Mr Trump, they are, their relations in the true sense of the word, ‘personal’.

«The Chairman of the State Affairs Commission would not discuss the state affairs on the basis of such personal feelings, as he represents our state and its interests,» Foreign Ministry adviser added.

Meanwhile, the whole world is waiting for some positive dynamics in international relations, between the NKorea and the United States. Negotiations between the two countries have faltered since the collapse of the second Kim-Trump meeting last February in Hanoi, Vietnam.

According to the current Pyongyang’s position, North Korea will never again engage in negotiations to fully give away a crucial nuclear facility in exchange for sanctions relief as it did in Vietnam. Of course, the birthday message from Trump to Kim will not change the situation.

«We have been deceived by the US, being caught in the dialogue with it for over one year and a half, and that was the lost time for us,» Kim Kye Gwan said, criticising what he tagged as «unilateral» US demands.