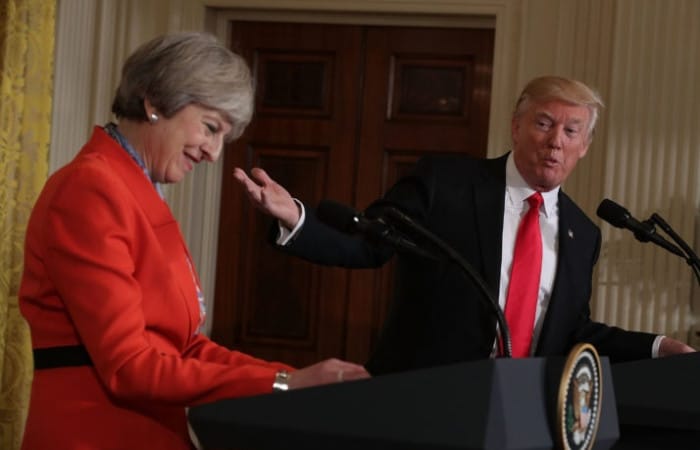 Donald Trump should pay his first official visit to London but the sharp date is still uncertain, especially after the call with Theresa May as tensions continue after Trump’s recognition of Jerusalem.

For Britain, it is quite unusual to break with the United States, and The Foreign Office usually goes to lengths to paper over any policy disagreements. The U.S. disagreement with Britain over Jerusalem, however, followed others over Trump’s decisions to withdraw from the Paris climate accord and to back away from the international nuclear deal with Iran.

On Tuesday, President Trump and prime miniser May had a phone call, during which they discussed next steps in forging peace in the Middle East. According to the No. 10 Downing Street, Trump and May discussed the different positions the states took on the recognition of Jerusalem as the Israeli capital.

The leaders ‘agreed on the importance of the US bringing forward new proposals for peace and the international community supporting these efforts,’ May’s spokesperson written statement reads.

It is worth to note, there is still no agreement on a Trump visit to the UK, which had been postponed because of fears that it would trigger mass demonstrations.

British officials say that ultimately Trump will have to decide whether to make the trip, given that large-scale demonstrations against him are planned, and that it would not be possible to stage-manage a visit to London, unlike during Trump’s previous trips to Riyadh, Jerusalem, Warsaw and Beijing.