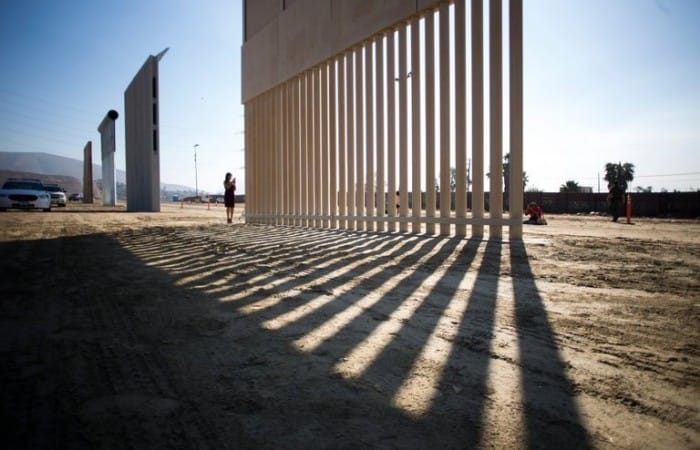 One of Donald Trump’s electoral promises, probably, should be delivered soon. The prototypes for US-Mexican border have been completed along the US border with Tijuana, Mexico. Now they are ready for testing, Associated Press reported on Thursday.

Trump’s wall on the border with Mexico is going to be true soon, at least, the prototypes of this constructive border element are ready. next week, they are will be subjected to punishment to test their mettle – by workers wielding sledgehammers, torches, pickaxes and battery-operated tools.

According to Ronald Vitiello, US Customs and Border Protection’s acting deputy commissioner, the testing lasts up to two months, the results of it could lead to officials concluding that elements of several designs should be merged to create effective walls on the busiest corridor for illegal crossings. It is worth to note that a  future wall construction has not yet been funded by the US Congress.

The US-Mexican border: testing and paying

The testing will not start for at least a month because some concrete in the wall prototypes still needs to dry.

“Can it be climbed? Can it be dug under? Can it withstand cutting tools?”

Trump has asked Congress for 1.6 billion US dollars for the first instalment of his wall. It would replace 14 miles in San Diego and build 60 miles in Texas’ Rio Grande Valley, the busiest corridor for illegal crossings.