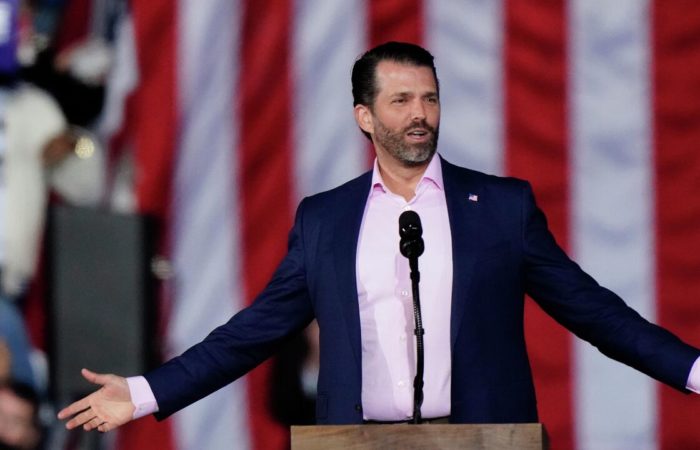 The son of former US President Donald Trump Jr. proposed to stop military assistance to Ukraine after the fall of missiles in Poland.

“Since it was a Ukrainian missile that hit our NATO ally Poland, can we at least now stop spending billions on arming them?” he wrote on Twitter.

⠀
Last night, Polish media reported that two rockets fell in the Lublin Voivodeship on the border with the former Soviet republic. As a result of the incident, two people died.

⠀
According to the AP agency, these were Ukrainian missiles fired to intercept Russian projectiles.

At the same time, immediately after the incident, the Polish Foreign Ministry announced that Russian-made missiles had fallen, and the ambassador was summoned to the office. At the same time, President Andrzej Duda noted that there is no exact information yet. After the incident, Warsaw convened the NATO Council in accordance with the fourth article of the main treaty, which provides for consultations in the event of a threat to one of the members of the alliance.