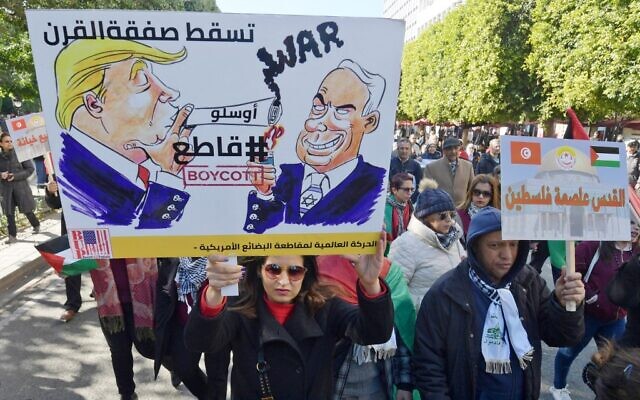 Tunisia’s President Kais Saied preferred to keep good relations with the United States. That is why he fired the country’s UN envoy Moncef Baati for his critics of the controversial Donald Trump’s plan for the Middle East.

As the official statement of Tunisia’s foreign ministry reads, Tunisia’s ambassador to the United Nations has been dismissed ‘for purely professional reasons’.

The Tunisian President fired its ambassador to the UN, Moncef Baati, after accusing him of failing to consult the foreign ministry on key issues. However, there is another reason for such an unexpected move — the US President’s Middle East peace plan.

«Tunisia’s ambassador to the United Nations has been dismissed for purely professional reasons concerning his weak performance and lack of coordination with the ministry on important matters under discussion at the UN,» a foreign ministry statement said.

In fact, ambassador Moncef Baati has occupied a seat at the UN Security Council since the start of the year. He allowed himself to go further than President Kais Saied wanted in his criticism of Trump’s ‘deal of the century’.

Saied, a political outsider who took office in November after a surprise election victory, was concerned that Baati’s expressions of support for the Palestinians risked damaging Tunisia’s relations with the US.

Baati’s swift recall to Tunis meant that he missed a closed-door briefing to the Security Council on Thursday by the US plan’s architect, Trump adviser and son-in-law Jared Kushner.

In fact, a veteran diplomat, Baati was in retirement last year when he was asked to return to active duty and represent Tunisia at the UN.